With that, the number of steering operations decreased (last year it was 493 ships) due to completion of the active phase of construction in the port of Sabetta and reduction of flow of vessels carrying cargoes for construction. Besides, as LNG shipments from Sabetta started by LNG tankers of Yamalmax class, the gross capacity of ships steered by icebreakers has increased. 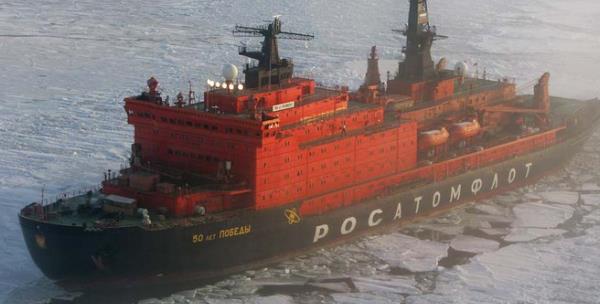 In 2018 the company has started work in the framework of the export contract under the project Yamal LNG. The work has been started on the 2nd natural gas project in Gydan Peninsula. These key events determine workload of Rosatomflot for the coming 30-40 years.

Acting General Director of FSUE Atomflot Mustafa Kashka commented: «Successful implementation of largest national projects in the Arctic depends in many respects on efficient operation of the nuclear icebreaker fleet. In this regard, the decision made to build the third and fourth series universal nuclear icebreakers as well as the icebreaker Leader is the determining decision for the company and entire Northern Sea Route development.»