Global carbon emissions remained flat for the 3rd year in a row, driven by a globally weak demand for energy and a cleaner energy mix. 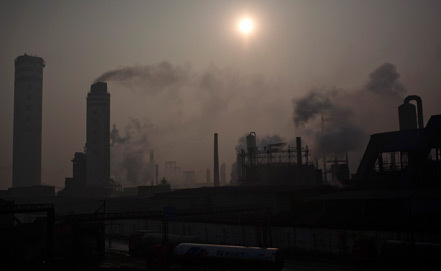 Global carbon emissions remained flat for the 3rd year in a row, driven by a globally weak demand for energy and a cleaner energy mix, according to the latest June 2017 edition of the BP Statistical Review of World Energy, published incongruously enough by British multinational oil and gas company, BP.

While it might seem strange to be so interested in BP’s Statistical Review, it is in fact the 66th edition of the Review, and has long provided a very accurate interpretation of the current trend of world energy.

The 2017 edition of the Review reveals that global carbon emissions only grew by 0.1% in 2016, marking the 3rd year in a row that recorded flat or falling emissions, and the lowest 3-year average for emissions growth since 1981-83.

«While welcome, it is not yet clear how much of this break from the past is structural and will persist,» explained Bob Dudley, BP CEO.

«We need to keep up our focus and efforts on reducing carbon emissions. BP supports the aims set out in the COP21 Paris meetings and is committed to playing our part to help achieve them.»

Growth was below average in all global regions except in Europe & Eurasia, and all fuels except oil and nuclear power grew at below-average rates.

The highlight success story from 2016, however, is unsurprisingly China.

A dramatic decline in the use of coal also helped global coal use fall by 1.7%.

China also enforced measures that restricted coal mines to operate for a maximum of 276 days of a year.

Unsurprisingly, this had a massive impact on the global coal markets, which saw global coal consumption fall by 53 million tonnes of oil equivalent (mtoe), or 1.7% - the 2nd annual decline in a row.

All of this led to coal accounting for its lowest share of global primary energy consumption since 2004, down to only 28.1%.