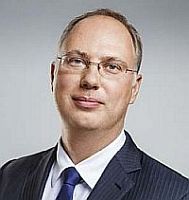 Dmitriev worked as an investment banker at Goldman Sachs in New York and a consultant at McKinsey & Company in Los Angeles, Moscow, and Prague, before returning to Russia in 2000.

He was an associate at private equity fund Delta Private Equity Partners from 2002 to 2007, while also working for The U.S. Russia Investment Fund. He served as the President of Icon Private Equity from 2007 to 2010.

During his career, Dmitriev worked on the sale of DeltaBank to General Electric, DeltaCredit Bank to Société Générale, CTC Media shares to Fidelity Investments, National Cable Networks to Basic Element, CompuLink to 3 investment funds, TV3 to Prof-Media, and NTC to Bank Rossiya.

In 2011 he was appointed as CEO of a newly created Russian Direct Investment Fund (RDIF), a sovereign wealth fund to make equity co-investments in Russia companies.

His mission has been described as to change the face of Russian capitalism and make the Russian economy less dependent on the petroleum industry by overcoming western funds reluctance to invest in a country many viewed as corrupt, prone to state meddling and plagued by a law-of-the-jungle legal system.

RDIF is Russia’s sovereign wealth fund with reserved capital of $10 billion under management.