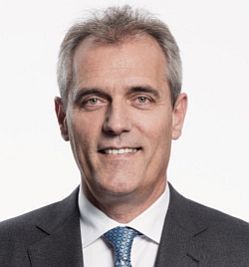 Rainer Seele has long-term experience in the international oil and gas industry.

After his studies at the University of Göttingen, where he obtained a doctorate in chemistry, Seele joined BASF in Ludwigshafen, initially to conduct chemical research.

After working in a number of different functions between 1987 and 1994, Seele was appointed Head of Research Planning and Control at BASF’s Main Laboratory in 1994.

In 1996 he became Head of Strategic Planning at Wintershall in Kassel, and in 2000 he transferred to its subsidiary WINGAS, where he became Managing Director with responsibility for sales.

As Chairman of WINGAS from 2002, he was above all responsible for alerting the public to the significance of cooperation with Russia for Europe’s gas supplies.

In 2002 Seele was also appointed to the Wintershall Board of Executive Directors with responsibility for Natural Gas Trading.

He became Chairman of the Wintershall Board in 2009.

He is a German citizen, married with 3 grown-up children.