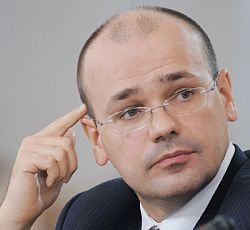 Majored in political sciences and economics at the Moscow State University.

In 1999, upheld thesis «Political Analysis within the System of Applied Political Science» at the Moscow State University.

Has a master's degree in political sciences of the Manchester University.

In 2003 became chief of the Center for Current Politics.

In 2006 founded and became head of The National Energy Security Fund.

Since April 2014 he was assigned First Vice-Rector for External Communications of Financial University at the Government of the Russian Federation.

Actively participates in international forums and conferences on the development of the Russian oil & gas industry and the outlook on the Russian state.

Author of many books and text-books.