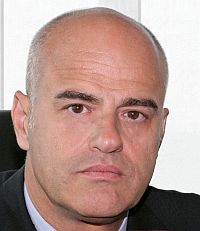 He graduated in physics in 1979 from the University of Milan.

Descalzi joined Eni in 1981 as Oil & Gas field petroleum engineer and then became project manager for the development of North Sea, Libya, Nigeria and Congo.

In 1990 he was appointed Head of Reservoir and operating activities for Italy.

From 2000 to 2001 he held the position of Executive Vice President for Africa, Middle East and China.

From 2002 to 2005 he was Executive Vice President for Italy, Africa, Middle East, covering also the role of member of the board of several Eni subsidiaries in the area.

In 2005, he was appointed Deputy Chief Operating Officer of the Exploration & Production Division in Eni.

From 2006 to 2014 he was President of Assomineraria and from 2008 to 2014 he was Chief Operating Officer in the Exploration & Production Division of Eni.