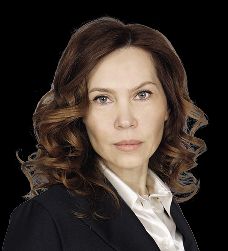 Postgraduate studies in the Institute of Philosophy and Law, Academy of Sciences of the Republic of Belarus (1994).

Honored Lawyer of the Russian Federation.

Vice President, OJSC Rosneft Oil Company (Legal support for financial and economic activities of the company, development and implementation of legal policy for protecting the assets and interests of the company (its shareholders) and subsidiaries (dependent companies));

Deputy Chairman of the Management Board, OJSC Rosneft Oil Company;

On 23 November 2016 Transneft announced that Larisa Kalanda appointed as Vice-President.

She is responsible for legal ethics for Transneft's activity and cooperation with state authorities.