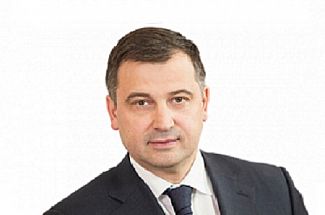 Assistant to the President of Russia

Kirill Molodtsov was born on 14 March 1968 in Leningrad (St. Petersburg).

He graduated from the Financial University under the Government of the Russian Federation and the Academy of Foreign Trade.


From 1998, he has been working in the gas industry and gas processing.
From 2002 to 2004, he was Director of the Department of Investments and Project Management of SIBUR Holding, Chairman of the Board of Directors of Sibur-PET.
From 2006 to 2008, he was Project Manager of the Eastern Siberia-GAS (Kovykta gas condensate field, Irkutsk region).
From 2008 to 2010, he was Chairman of the Board of Directors of HC GVSU Center.
From 2010 to 2012, he was Deputy Chief Executive Officer, then Vice President for Feasibility Studies and Coordination with Phases II and III in Shtokman Development AG.


He speaks fluent English and French.
Married, has a daughter and a son.