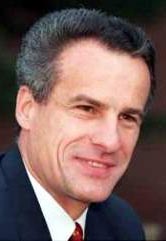 In 2009, he founded the film company “Yastreb-Film”.
In 2010, he debuted as a film director with the documentary “Sacred Fire of the Himba” that was nominated for the Golden Eagle Award of the Russian National Academy of Motion Picture Arts.
Since 2011, host of the programme “Magic of Adventures” on the TV channel “Moya Planeta”.

From 2008 to 2016 the Yastrebfilm studio has produced more than 60 documentary films, many of which participated and won national and international festivals; where bought by TV channels of more than 10 countries around the world.

In 2016 Yastrzhembsky released the investigation documentary “Ivory. A Crime Story” about the causes and consequences of an unprecedented demand for ivory after 3 years of shooting in 30 countries.