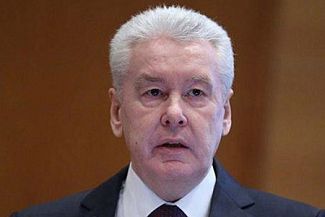 
Born on 21 June 1958, in the village of Nyaksimvol, Beryozovo District, Tyumen Region.
1980: Graduated from the Kostroma Technology Institute.
1989: Graduated from the Russian Law Correspondence Institute, PhD (Law).
1980: Worked as a fitter and later a headman at the Chelyabinsk Pipe Plant.
1982: Appointed Head of the Administration Department of the Leninsky District Komsomol Committee of Chelyabinsk.
1984-1990: Held party and parliamentary jobs in the Khanty-Mansi Autonomous Area of the Tyumen Region.
1991: Appointed Administration Head of the city of Kogalym.
1993: First Deputy Head of the Khanty-Mansi Autonomous Area Administration.
1994: Chairman of the Khanty-Mansi Autonomous Area’s legislature, member of the Federation Council of Russia’s Federal Assembly (parliament), Chairman of the Federation Council committee on constitutional law and judicial issues.
2000: First Deputy Plenipotentiary Envoy of the Russian President in the Urals Federal District.
2001-2005: Governor of the Tyumen Region.
November 2005: Chief of Staff of the Presidential Executive Office.
2008: Deputy Prime Minister and Chief of the Government Staff.
21 October 2010: Appointed Moscow Mayor for a five year term by the Moscow City Duma upon the recommendation of President Dmitry Medvedev.
Elected Mayor of Moscow on 8 September, 2013 for a term of five years. Assumed the office of Moscow Mayor on 12 September, 2013.
Married, with two daughters.