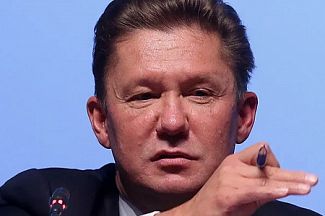 Transit risks always exist. Especially in a situation where Russian gas is supplied through the territory of a NATO member state

If we talk about renewable sources, then it should be noted that so far 40% of the world's population is cooking on wood

He graduated from Voznesensky Leningrad Finance and Economics Institute and holds a PhD in Economics.

Upon graduation, Alexey Miller was engineer-economist at the General planning division of Leningrad Civil Construction Research and Design Institute (LenNIIproekt under the Executive Committee of the Leningrad City Council).

Director for Development and Investments, Sea Port of St. Petersburg.

Chairman of the Management Committee, Gazprom.

Since 2002 – Deputy Chairman of the Gazprom Board of Directors.