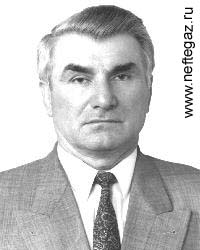 He published several books on the problems of regional economy, including: "Adigeya: from autonomy to republic" (1995), "Region in the Russian market" (1995), "Market transformation of economic space and the participation of regions in it" (1995), "Diagnostics of regional dynamics and market adaptation of the region economy", and also articles. In the monograph "Region in the Russian market" and in some other scientific articles the following principles are worked out: the peculiarities of the formation of the market-economic space of Russia and young republics, that were formed as a result of the democratic reforms in the country, the role of government in the formation of the socially- oriented market economy, the problems of the interethnic cooperation.

On the basis of the diagnostics of the social-economic situation in the Adigeya republic in the given works the immediate and perspective steps in the reformation of the republic economy are specified, among which much attention is being attached to the formation of the free enterprise zone. Many of the worked-out measures have already been put into practice.

A.A.Dzharimov is awarded two orders (1973, 1995). He is keen on physical training and sports, and also a master of sports in unarmed combat. He is fond of fiction, and works in his garden with pleasure. He lives and works in Maikop.