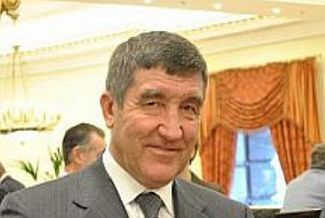 Ex-Minister of Fuel and Energy of  Russia

In 1974 he graduated from the Tyumen Industrial Institute with a degree in Electrical Engineering, Automation and Telemetry;
in 1980 he obtained a qualification in mining engineering, technology and integrated mechanization of development of oil and gas fields.
Doctor of Economics.

From 1987 through 1990 he served as the General Director of Langepasneftegaz Production Association.

From 1990 through 1993 he held the position of Chairman of the Tyumen Regional Council and Head of Administration of the Region.

From 1993 through 1996 he served as the Minister of Fuel and Energy of the Russian Federation.

From 1996 through 1997 he acted as the Advisor to the Prime Minister of Russia.

From 1997 through 2001 Mr. Shafranik held the position of Chairman of the Management Board of OJSC Central Fuel Company.

Since 2001 he has chaired the Board of the Union of Oil and Gas Producers of Russia.

Since 2001 he has been Chairman of the Board of Directors of CJSC Inter-State Oil Company Soyuzneftegaz.

Currently, he is also a member of the Board of Directors of LLC Parsell and LLC CIS – Holding.

Yury Shafranik is married and has two children.