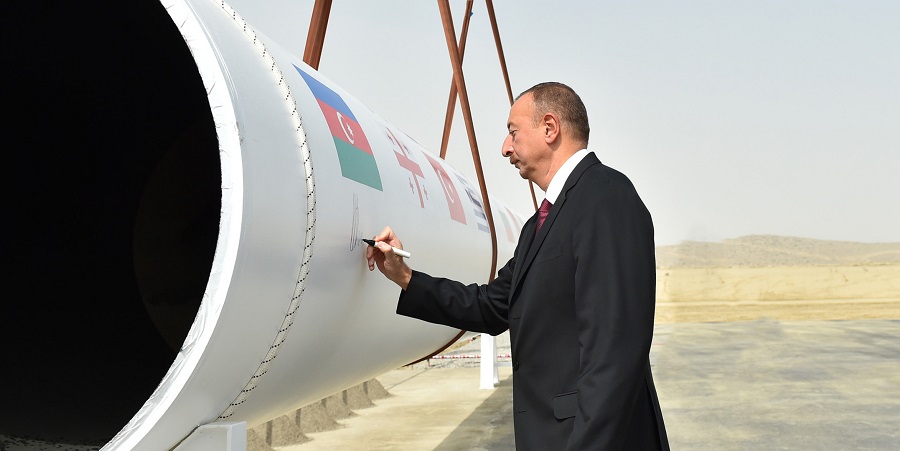 Baku, July 27 - Neftegaz.RU. The Trans-Adriatic Pipeline (TAP), which is the final segment of the Southern Gas Corridor, envisaging the transportation of Azerbaijani gas to Europe, is under completion, Azerbaijani Energy Minister Parviz Shahbazov said, Trend reported.

Shahbazov made the remark in Baku within the 14th Baku Summer Energy School at ADA University dedicated to "Energy Policy of Azerbaijan and the Growing Role of Renewable Energy Sources", Trend reports.


"This allows providing buyers with gas from the Shah Deniz field in the volume of 16 billion cubic meters per year after the full launch of the Southern Gas Corridor,” Shahbazov added.


“Gas supplies to Turkey via the Trans-Anatolian Natural Gas Pipeline [which is the longest part of the Southern Gas Corridor] have already reached 6 billion cubic meters. For the 1st time, the Caspian gas will be supplied to Europe through the Southern Gas Corridor, which will ensure the diversification of sources and routes at Azerbaijan’s initiative."

The Southern Gas Corridor project, initiated by Azerbaijan and envisaging the transportation of gas from the Caspian Sea region through Georgia and Turkey to the European countries, is one of the priorities for the EU.

This biggest project is aimed at diversifying the routes and sources of energy supplies, that is, it will contribute to strengthening Europe's energy security. The cost of the Southern Gas Corridor project is estimated at $40 billion.