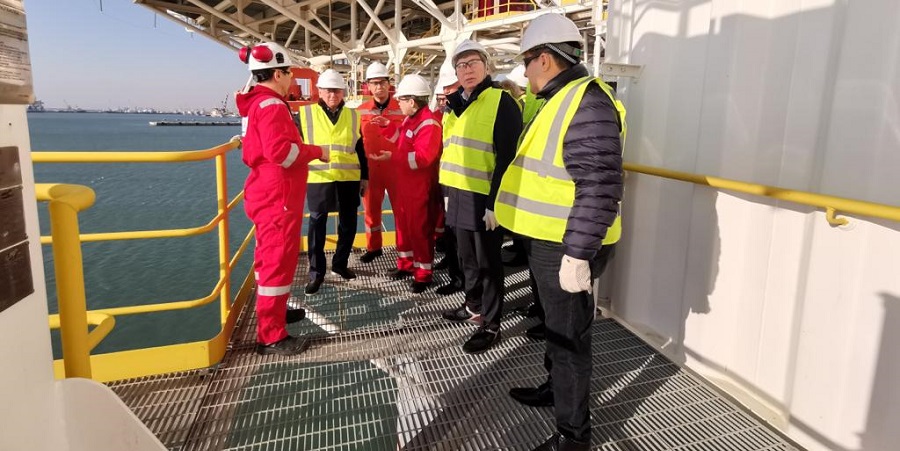 Oil and gas condensate production was stable year-on-year and amounted to 23,618 thous. tonnes (485,000 barrels per day) or 26% of total production in Kazakhstan.

KMG announces its reserves, calculated in accordance with PRMS international standards, for the 1st time ever. KMG’s proved plus probable hydrocarbon reserves amounted to 676 mln tonnes of oil equivalent (5.2 billion barrels) as of 31 December 2019, of which 76% of the total reserves are oil and condensate.

Oil and gas transportation segment was relatively stable at 78,066 thous. tonnes of oil and 103,494 bln m³ of gas transported. Domestic demand for light petroleum products was fully covered and further volumes were exported to European and Central Asian markets.

To promote greater transparency, in 2019, the company for the first time published a Carbon Disclosure Project on greenhouse gas emissions, which discloses KMG’s performance and plans for the climate change adaptation.

In 2019, KMG worked to attract strategic partners in new subsoil use projects and expand cooperation with international oil & gas companies in the field of exploration. KMG signed contracts and obtained subsoil use rights for joint exploration and production with LUKOIL in the Zhenis area and with ENI in the Abai area.

In addition, as part of the heads of agreement signed by KMG and LUKOIL on the project I-P-2, work is in progress to obtain subsoil use rights. KMG also signed several agreements to expand cooperation in the oil & gas industry: agreements on joint site explorations with LUKOIL and Norwegian Equinor; memoranda with BP, Tatneft and the Azerbaijani SOCAR.

CEO Alik Aidarbayev commented on the 2019 operating results of KMG: “I am proud to report that 2019 was another remarkable year for KMG, strengthening our position as Kazakhstan’s national oil & gas champion. In 2019, we continued to operate in a safe and responsible manner in the upstream, midstream and downstream segments.”

100
Coronavirus: India to save $45 billion on oil imports next fiscal, says CII