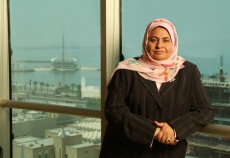 Kuwait Energy also achieved a record hydrocarbon production rate of 15,018 barrels of oil equivalent per day in Q4 2011, up 12.3% from Q4 2010, supported by an increase in production in Egypt. The firm started with production of just 680 boepd from Egypt and Oman.

Rising operating costs and expenses – primarily attributed to the winding up of the company’s activities in the JAA429 block in the Ukraine – ate into net cashflow, which at $23.1 million lagged Q3 2011 by $5.8 million and Q4 2010 by $13.3 million. Reduced royalty payments parly compensated for the additional costs.

Kuwait Energy raised a dispute over its Ukrainian operations to an international arbitrator in 2007. In 2010 the tribunal ruled in favour of Kuwait Energy’s local subsidiary, awarding them $145.7 million plus $1.2 million in costs - which the company is still chasing – and ordered the termination of the deal.

In Iraq, Kuwait Energy is appraising the 12 exploration blocks up for auction in late May in the delayed fourth round of bidding, and holds interests in the Siba (operating) and Mansuriya (Turkey’s TPAO operated) gas fields in the 3rd Petroleum Licensing Round, which are currently Awaiting development with exploration potential.

The company needs billions of dollars in further capital to develop existing and future Iraqi assets and has been winning strategic shareholders to obtain funding. The company may also take out more debt, which is currently minimal.

Commenting on the results, Kuwait Energy plc Deputy Chairman and Chief Executive Officer, Sara Akbar, said, "We have closed a record quarter in production and revenues thanks to an increase in production from our Egypt oil assets. We continue to focus on expanding our operations in our existing oil and gas assets and especially in Egypt and Iraq."

News worldwide
184
184
Mexico to remain highly dependent on natural gas imports from the US
Advertising at neftegaz.ru