Wintershall Russia. From the Moskva to the Neva estuary

Wintershall is moving its Russian branch office, which currently has around 90 employees, from Moscow to St. Petersburg in August 2017. 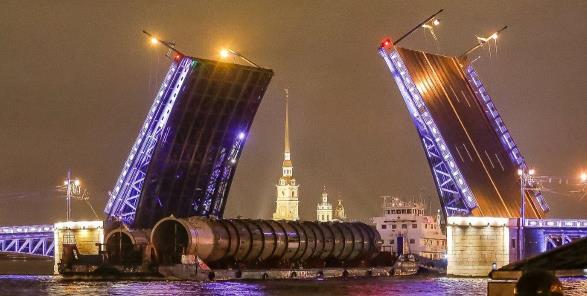 Wintershall announced on February 10, 2017, that the company is moving its Russian branch office, which currently has around 90 employees, from Moscow to St. Petersburg in August 2017.

«Relocating Wintershall’s Russian branch office to St. Petersburg represents another step towards strengthening our cooperation with Gazprom. Our partnership is shaped by trust and stability. We therefore share the firm conviction that our presence in the same city will enable us to perform the tasks arising from our joint activities even more efficiently,» Thilo Wieland, member of the Wintershall board of executive directors, underlined.

Gazprom has already moved its company headquarters to the northernmost metropolis in the world.

Wintershall has been cooperating with Gazprom for more than 25 years.

During this time, a series of projects of strategic significance have been implemented, including the delivery of Russian natural gas directly to Europe.

Furthermore, Wintershall was the 1st German company to participate directly in the joint production of natural gas in Siberia.

The joint ventures Severneftegazprom and Achimgaz, alone, produced 30 Bcm of natural gas in 2016, and have thus become pillars of the European natural gas supply.

Russian-German partners Wintershall and Gazprom are currently preparing the development of Blocks 4 and 5 of the Achimov formation in Urengoy natural gas field.

Society
251
251
LUKOIL: Delivery of medical equipment to fight COVID-19 in the Republic of Komi continues
Advertising at neftegaz.ru