The Russian energy company and OMV signed their 1st agreement for Russian gas deliveries to the Austrian market on June 1 in 1968. With that agreement, Austria because the 1st country in Western Europe to sign a contract with what was then the Soviet Union. Over the last 50 years, gas exports to Austria have increased more than 64-fold.

«We continue to work towards strengthening and advancing this relationship while meeting Europe's growing demand for natural gas,» Gazprom Chairman Alexey Miller said in a statement. «We plan to reach a new level of strategic cooperation in the near future.» 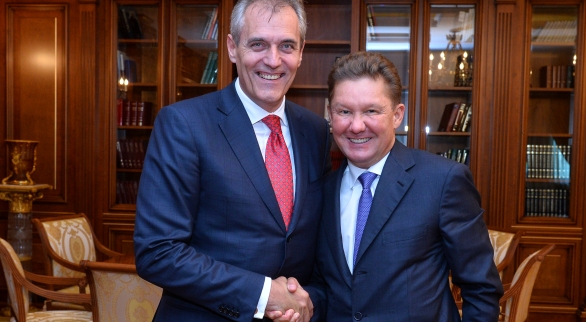 The top brass at the Russian natural gas company met last month in Moscow with their counterparts from OMV, noting Russian gas shipments to Austria are already up more than 70 % from last year.

For the broader market, the European economy is fed primarily by Russian and Norwegian supplies, respectively. Gazprom plans to double the twin Nord Stream network through the Baltic Sea to Germany and OMV, a partner in the project, said the network is of strategic importance because it will secure consistent natural gas supplies to Europe.

Much of the Soviet-era pipelines to the European market run through Ukraine, where conflict exposes regional energy security to risk. Nord Stream avoids Ukrainian territory.

«In the past 50 years we have received reliable gas supplies from Russia and have been able to provide our industrial and household customers with high quality natural gas without interruption,» OMV Chairman Rainer Seele said. «This is a good base for expanding the partnership with Gazprom long term.»

Nord Stream could be the target of U.S. sanctions against Russian companies. The U.S. State Department said that any company that engages in the Nord Stream project could run afoul of the Countering America's Adversaries Through Sanctions Act, which imposed sanctions last year on Iran, Russia, and North Korea.

Most of the companies involved in Nord Stream counter that they're in the business of selling gas, not playing geopolitical games.

Society
276
276
LUKOIL to support social projects in the Repiblic of Komi
Advertising at neftegaz.ru