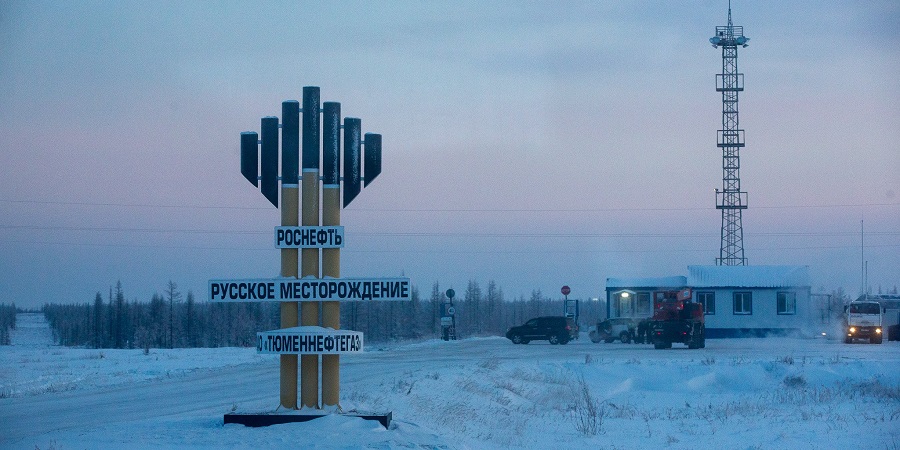 Tyumen, November 28 - Neftegaz.RU. Tyumenneftegaz, a part of Rosneft's oil production complex, has started the delivery of the first oil from the unique Russkoye field to the Zapolyarye-Purpe trunk pipeline system.


It was possible to increase the efficiency of oil transportation thanks to the completion of construction and commissioning of the first launch complex facilities at the Zapolyarnoye delivery and acceptance point. The new facility is equipped with a modern system for measuring the amount of oil and controlling the quality of feedstock.


The oil delivered to the Zapolyarye-Purpe pipeline system complies with GOST 51858-2002 and EEU Regulations 045/2017, and meets all the requirements of the technical specifications for connecting oil production facilities to oil trunk pipelines. The target volume of  commodity feedstock delivery is up to 10 million tons of oil per year.

The oil produced from Russkoye field has very good commercial properties: low-paraffin and low-sulfur, its quality is better than that of Brent oil. Despite the fact that the oil produced at the field has a high density and viscosity, it does not freeze even at a temperature of -26°C.

The Russkoye field is classified as unique in terms of oil reserves. Geological reserves are about 1.5 billion tons, recoverable reserves reach 448 million tons.


Tyumenneftegaz is one of the key subsidiaries of Rosneft in the Tyumen region. Today the core activity of the enterprise is the development of the Russkoye field, which is one of the largest fields in Russia