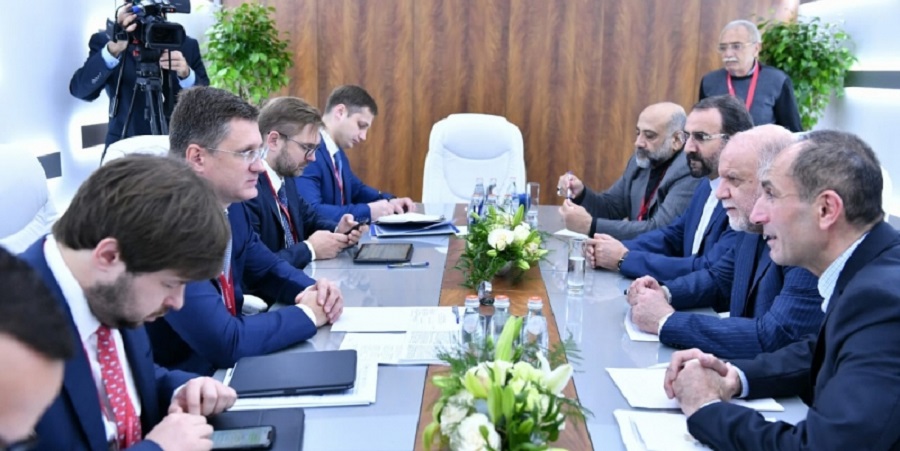 Moscow, November 25 - Neftegaz.RU. Iranian Energy Minister Reza Ardakanian and his Russian counterpart Alexander Novak  followed up on the agreements made in different fields of energy, industry and banking during the 15th Iran-Russia Joint Economic Committee meeting.

Last week Ardakanian had announced that as the chair of the 2 countries’ joint economic committee he was heading a delegation to visit Moscow in order to follow up on the issue of Russia’s allocation of $5 billion of loan for implementation of development projects in Iran.

As previously approved by the Iranian parliament, the government was allowed to receive $5 billion in loans from Russia for development projects.

The news of Russia providing a $5 billion loan to Iran for joint infrastructure projects 1st came in October 2015 when Novak traveled to Tehran.

According to Ardakanian, the mentioned fund was going to be allocated for construction a 1400 megawatts (MW) power plant in the southern Hormozgan province, and also for electrification of Garmsar-Inche Boroun railway that links the city of Garmsar, in north of the Iranian capital Tehran, with the Iranian city of Inche-Boroun, on the border with Turkmenistan.

The official also noted that the ministry has also been negotiating for determining the projects for which the rest of the $5 billion fund should be allocated and some projects have been approved in this regard.

Iran and Russia signed 8 MOUs in the 15th Iran-Russia Joint Economic Committee meeting which was wrapped up on June 17 in Isfahan.