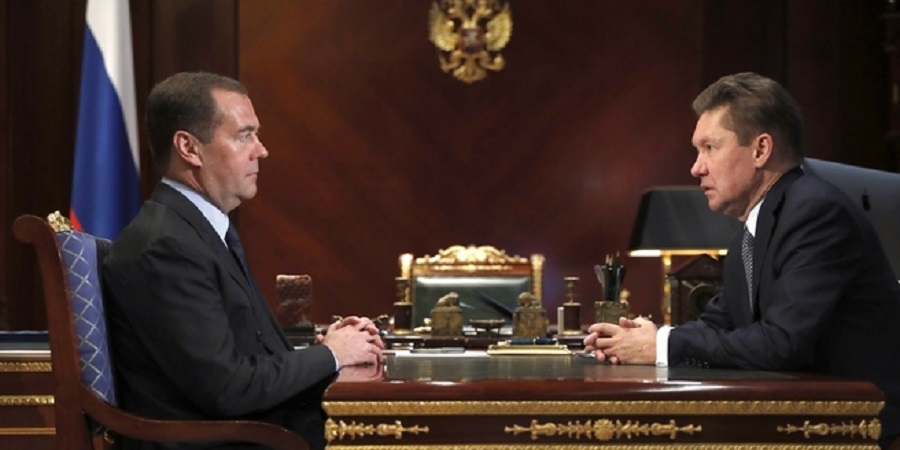 Moscow, October 21 - Neftegaz.RU. A working meeting took place on October 18 between Dmitry Medvedev, Prime Minister of the Russia, and Alexey Miller, CEO of Gazprom. Miller briefed Medvedev on the main accomplishments of the company since the start of 2019, incl. the preparations for the autumn/winter period. Particular attention was paid to interactions with Ukraine in the gas sector.

Gazprom has completed 11 sets of its planned preventive maintenance and repair operations, as well as has taken all necessary measures to get the system ready for the autumn/winter period. The company has 72.232 billion cu m of gas reserved in UGS facilities for the upcoming winter, with a daily deliverability of 843.3 million cu m of gas. It is an all-time high for the domestic gas sector.

The main issue on the agenda is the expiration of the contract for gas transit across Ukraine, which will be effective through Dec. 31, 2019. There is a need to fully resolve all court disputes before signing a new contract, Miller said, the ruling by the Stockholm court, which introduced an imbalance into 2 contracts: the one for supplies and the one for transit across Ukraine.

The 2nd issue is that Ukraine needs to give a definitive answer whether it intends to buy Russian gas and, if it does, whether it will be done in large or small amounts. Supplies will be much less expensive than reverse supplies from Western Europe, which are basically the same Russian gas. The price of gas for end consumers in Ukraine in case of direct supplies may go down by up to 20 % compared to the current price.


The 3rd issue is the legislation in the framework of which the new transit contract might be signed. Ukraine had set the goal to integrate the EU's Third Energy Package into its legislation from January 1, 2020.  It entails the creation of an independent gas transmission operator and an independent regulator that will set the tariffs.


Unless Ukraine sets up an independent gas transmission operator and an independent regulator by January 1, 2020, the only option will be to extend the effective contract in the context of the evolving, current market conditions.