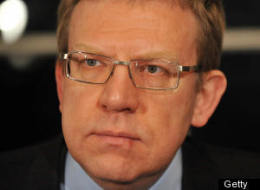 The government's projections for Russia's federal budget in the next three years are based on the average annual price of $70 per barrel.