Speaking with Azerbaijan news agency AzerTag, the Russian president said that the trilateral dialogue in Baku will also cover the Caspian issue. 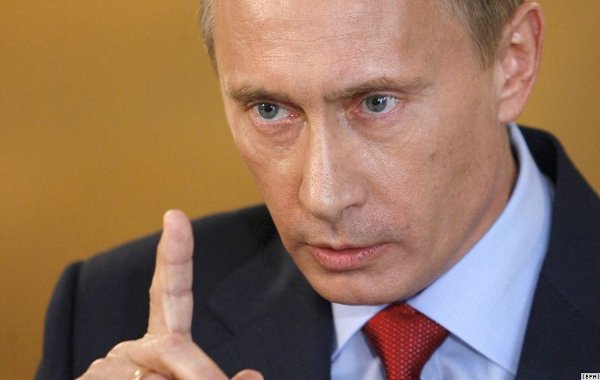 Leaders from Azerbaijan, Iran and Russia hold a trilateral meeting this week in Baku. Speaking on August 5, 2016, with Azerbaijan news agency AzerTag, the Russian president said that the trilateral dialogue will also cover the Caspian issue.


Today, a new integration paradigm is taking shape – a regional cooperation framework that involves Azerbaijan, Iran and Russia. The North–South Transport Corridor project is believed to be the core element of this trilateral cooperation. What other projects, in your view, could make cooperation between the three countries sustainable and effective? Can this trilateral engagement help to remove some of the existing differences, for instance on such issues as the division of the Caspian Sea or the use of its energy and biological resources?

Vladimir Putin: On August 8, 2016, we will meet for the first time at a summit of the three Heads of State in Baku, at the invitation of President of Azerbaijan Ilham Aliyev, to discuss the prospects for developing long-term and mutually beneficial cooperation that would span diverse areas: from economic and humanitarian ties to security and the fight against terrorism.

Our talks will focus on a flagship project – the International North–South Transport Corridor with a total length of 7,200 kilometers. It aims to provide the best possible opportunities for transporting transit cargo from India, Iran, and the Gulf States to Azerbaijan, the Russian Federation and further to Northern and Western Europe.

Notably, in 2015, the overall cargo traffic along the International North–South Transport Corridor involving JSC Russian Railways amounted to 7.3 million tons, exceeding the level reached in 2014 by 4.1 percent, or by 0.3 million tons.

Other promising areas for cooperation include the implementation of strategic investment projects in the energy sector and the transport infrastructure. There are opportunities for expanding trade in the services, including those in tourism, healthcare and education.

Indeed, the trilateral dialogue will also cover the Caspian issue. It is common knowledge that in recent years, the Caspian Sea states have made headway in reaching a consensus on matters related to various aspects of cooperation in the Caspian Sea, including the use of its energy and biological resources. Relevant agreements were signed and are now being successfully implemented. Work on the core Convention on the Legal Status of the Caspian Sea is nearing completion.

What is your assessment of the current level of Russian Azerbaijani bilateral relations, and what are the prospects of their enhancement?

V. Putin: The relations between Russia and Azerbaijan are those of a strategic partnership. They are rooted in our long-standing traditions of friendship and good neighborliness, equality, respect for each other’s interests, common history and culture, and millions of lives that are closely intertwined.

All these factors provide a solid foundation for developing trust-based relations between the leaders, governments and parliaments of the two countries. Mutually beneficial cooperation in such areas as trade and the economy, investment, energy, the transport infrastructure, the automobile industry and health care has been expanding.

Also noteworthy is the fact that cooperation between our regions has reached quite an advanced stage. Today, 17 constituent entities of the Russian Federation work together with their Azerbaijani partners to implement agreements on cooperation in trade and the economy, science and technology and culture. Besides, enterprises and companies from over 70 Russian regions are engaged in trade with your country.

We work closely together in the South Caucasus, as well as within the CIS and leading international organisations. We see great potential in increased cooperation in the Caspian Sea, primarily within the Caspian Five (comprising Russia, Azerbaijan, Iran, Kazakhstan and Turkmenistan) and the developing trilateral partnership involving Iran.

Humanitarian ties play an important role in strengthening friendly and good-neighborly relations. In this regard, I would note a steadily growing trend for broader contacts in education. Currently, there are about 15,000 Azerbaijani students in Russia, while branches of Russian universities operate successfully in Azerbaijan.

Our joint project, the Baku International Humanitarian Forum under the patronage of the Russian and Azerbaijani Presidents, has proven its relevance and importance as a platform for discussing key current issues. In a relatively short time (since 2011), it has become a major event in regional and international public life. Currently, together with our Azerbaijani colleagues, we are actively preparing the fifth Forum to take place this September.

I am confident that the further progressive development of Russian-Azerbaijani relations is of special importance for ensuring regional stability and security, maintaining peace and mutual understanding in the South Caucasus and exercising the fundamental interests of our peoples.

Following the decision reached on the settlement of the situation concerning Iran's nuclear program, there was a marked increase in contacts between Moscow and Tehran. Iran, in its turn, seeks to play a more proactive role in the region, particularly to consolidate its status within the SCO. What is your vision of the prospects for Russian-Iranian cooperation?

V.Putin: Iran is Russia’s longtime partner. We believe that bilateral relations will benefit from the reduction of tensions around Iran following the comprehensive agreement on the Iranian nuclear programme.

First of all, we intend to continue fostering trade and economic cooperation. During my visit to Tehran on November 23, last year, and my negotiations with Iran’s Supreme Leader Ali Khamenei and Iran's President Hassan Rouhani, I found that Iran’s leaders genuinely share this approach.

Thus, through collective efforts we have managed to increase the volume of mutual trade. In the first five months of this year, it grew by 70 percent, reaching $855 million.

In certain areas, Russian-Iranian cooperation has already become strategic in nature. This is particularly true of the joint work in the field of peaceful nuclear energy. Iran’s first nuclear power plant, Bushehr was built on the basis of Russian technologies. Plans for the construction of 8 more nuclear power units by Russian specialists in Iran have been agreed.

We will further assist our Iranian partners in implementing the Plan of Action on Iran's nuclear program, including the processing of enriched uranium and the conversion of facilities to produce stable isotopes.

Large-scale joint projects in the oil and gas sphere, and the aerospace and electric power industries are being developed. For instance, Russia intends to grant two state loans to Iran to the amount of €2.2 billion to finance the construction of a thermal power plant near the city of Bandar Abbas on the Persian Gulf coast and the electrification of the Garmsar–Ince Burun railway section in the north-east of the country.

The creation of a free trade zone between the Eurasian Economic Union and Iran can give a strong impetus to trade and investment contacts between Russia and Iran. The joint research group, which will study in detail the parameters of a possible agreement, has already begun its work.

We are also interested in strengthening our partnership with Tehran in regional affairs. We consider it an important factor of maintaining stability and security across a large territory from Central Asia and the Caspian region to the Middle East. We will continue to support Iran's pursuit of full SCO membership.