Russia interested in oil and gas opportunities in Senegal

Russia has an opportunity to foster a better trade relationship with Senegal, an emerging West African oil producer, the Russian foreign minister said.

Russia has an opportunity to foster a better trade relationship with Senegal, an emerging West African oil producer, the Russian foreign minister Lavrov said on April 17, 2017.

«Our trade and economic cooperation has been on the rise, our companies have been looking at a number of promising projects in Senegal, including those in the oil and gas industry, ship-building and fishing sectors,» the Russia foreign minister was quoted by Tass as saying.

FAR Ltd. has a stake in the SNE and FAN prospects off the coast of Senegal. 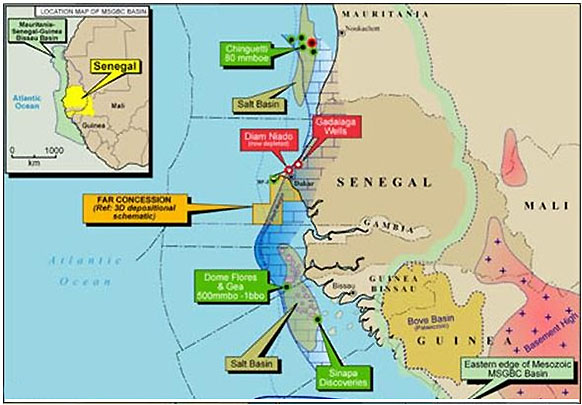 When discovered in 2014, SNE in particular was considered one of the larger discoveries ever made.

By the company's estimates, more than 1.5 billion barrels of oil may be in basins off the coast of Senegal.

According to Tass, the Senegalese foreign minister said Russia was invited to join in the growing investment interest in offshore basins.

«We would like Gazprom's representatives to enter our market and seal the appropriate agreements for developing these deposits,» Ndiaye said.

By the estimates of the International Monetary Fund, the Senegalese economy is expected to grow more than 6 percent in 2017, the second year in a row for that growth rate.