Russian gas project in the Arctic gets European support

Financing for a LNG project in the Arctic north of Russia by foreign creditors is a political win, said Novatek. 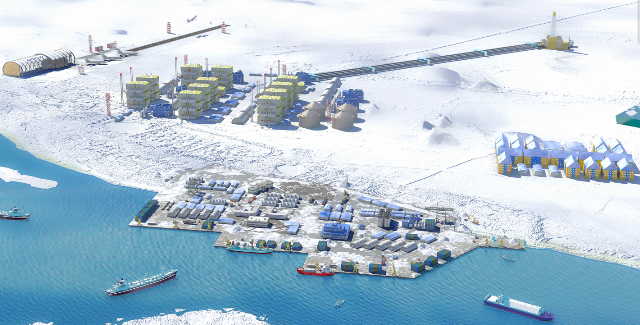 Financing for a liquefied natural gas project in the Arctic north of Russia by foreign creditors is a political win, Russian gas producer Novatek said on April 21, 2017.

Novatek, the largest private natural gas company in Russia, leads the project aimed at sourcing the markets in the Asian-Pacific.

It controls 60 % of the project in the Arctic north of Russia, alongside French energy company Total and the China National Petroleum Corp.

«The project is actually supported in terms of international funding volume, but I believe participation of Germany and Sweden is highly important politically,» he was quoted by Tass as saying.

The Yamal LNG project has the capacity to produce about 16.5 million tons of natural gas and exports could target consumers in the Far East.

Up to 16 ice-class carriers will be designated to ship LNG year-round to global consumers.

The super-cooled form of natural gas offers more flexibility in terms of delivery when compared with transit by pipeline.

Russia's gas role in Europe is a source of controversy because of anti-trust and geopolitical concerns.

Gazprom is accused of exploiting its market position and most of the Russian gas for Europe runs through Soviet-era pipelines in Ukraine, a country caught in a tug-of-war between the Kremlin and Brussels.

The funding was part of a broader finance effort steered from the Russian National Wealth Fund with help from Chinese banks.

Separately, trader Vitol said this week it gained ground in the LNG sector through a multi-year agreement with Gazprom.