Boyko Borissov and Vladimir Putin have discussed over the phone the mutual interest of their countries in the proposed construction of gas hub Balkan near the Black Sea port of Varna. 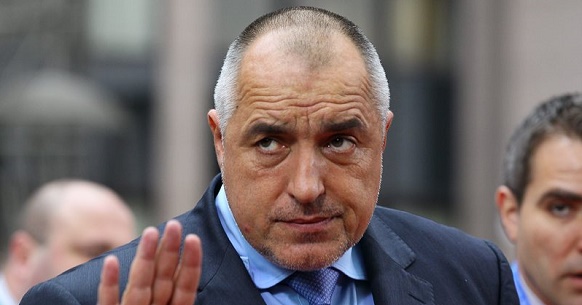 Bulgarian prime minister Boyko Borisov and Russian president Vladimir Putin have discussed over the phone the mutual interest of their countries in the proposed construction of gas hub Balkan near the Black Sea port of Varna, the Bulgarian government said on May 12, 2017.

Borisov and Putin have also discussed the project to build a nuclear power plant in Belene, on the Danube river, which Bulgaria abandoned in 2013 citing high estimated costs and absence of strategic investor.

Bulgaria is looking to attract a private investor for the development of the Belene project, Borisov said during the phone conversation with the Russian president.

In December 2014, the Bulgarian government proposed to the European Commission to build an EU-funded regional distribution centre dubbed gas hub Balkan near the Black Sea port of Varna to dispatch gas deliveries to the rest of Europe - to Greece, Romania, Hungary, Croatia, Slovenia and, through those countries, to EU member states in central and western Europe, as well as to non-EU Serbia, Macedonia, and Bosnia and Herzegovina.

Gas can be fed into the hub from Russia, from Bulgaria's potential deposits in the Black Sea or, via interconnectors with Greece and Turkey, from the Caspian region or the Eastern Mediterranean, or from the Greek and Turkish LNG terminals.

The gas hub could also be supplied via an interconnector with Romania, which is estimated to have significant deposits in the Black Sea shelf.

Currently, Bulgaria imports almost all the natural gas it needs from Russia via a pipeline crossing Ukraine, Moldova and Romania.

In 2008, Bulgaria hired Russia's Atomstroyexport to build a 2,000 MW nuclear plant in Belene, reviving a joint project that had been mothballed for nearly 2 decades.

After the project made scant headway, Bulgaria finally abandoned it with a parliament decision in February 2013.

The government cancelled the project a year earlier due to disagreement over its estimated cost and failure to attract a strategic investor.

In December, Bulgaria’s National Electricity Company (NEK) paid 601.6 million euro ($646.24 million) to Atomstroyexport as compensation for the equipment manufactured by the Russian company for the Belene project.