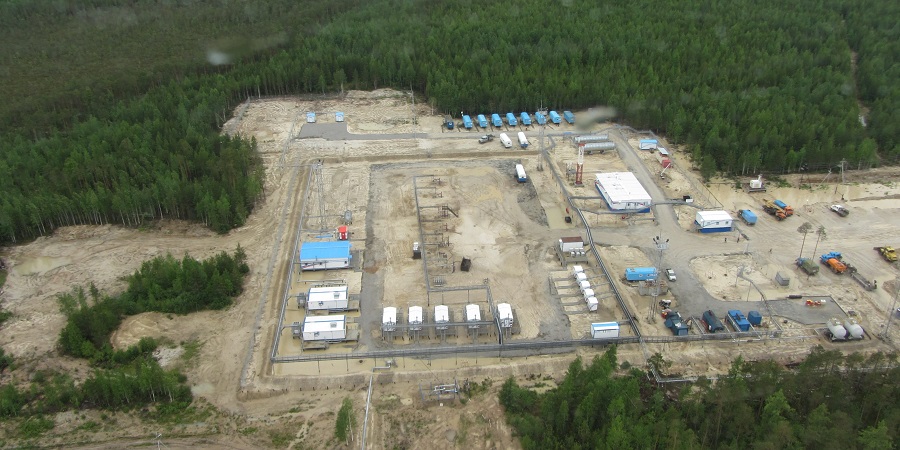 Khanty-Mansiysk, July 7- Neftegaz.RU. LUKOIL has successfully implemented oil-associated gas utilization project to be used as a source of energy for drilling at the Sredne-Nazymskoye field in KhMAO-Yugra. This technology resulted in reducing power consumption costs for drilling by 50% against that of diesel generators used before.

As part of the project by LUKOIL affiliated company RITEK LLC, a power center of 7 gas-fired energy generators, 2 transformer substations, and an indoor switchgear were constructed at the Sredne-Nazymskoye field. A super condenser unit accounts for uninterrupted power supply stabilizing circuit voltage during sharp fluctuations.

This high-tech solution of associated gas utilization, plenty of which is recovered from the wells at the Sredne-Nazymskoye field, complies with LUKOIL's objectives on reducing gas emissions and with the environmental legislation. Benefits of this innovation will be used at oilfields distant from power and logistic centers, as well as at fields being developed at the same time as drilling.


Containing hard-to-recover reserves, the Sredne-Nazymskoye oilfield was put into pilot operation in 2007. In 2019, an active drilling program was started at the field and 23 wells were drilled. That year, over 300 thousand tons of oil were recovered, with oil production growing 1.5 times compared to 2018.