The construction of a 1,400-megawatt thermal power plant financed to the tune of €1.2 bln by Russia started in the city of Sirik, southern Iran.

The construction of a 1,400-megawatt thermal power plant financed to the tune of €1.2 billion by Russia started in the city of Sirik, southern Iran.

Russian contractor Technopromexport is set to implement the project which is estimated to be completed in 55 months.

Iran had signed a memorandum of understanding with the Russian company in August 2016.

The 1st unit of the power plant will be synchronized with the country’s national grid within 41 months.

A 100,000-cubic-meter desalination unit is also set to be installed in the site which will operate on the emissions from power plant; thereby increasing its efficiency. 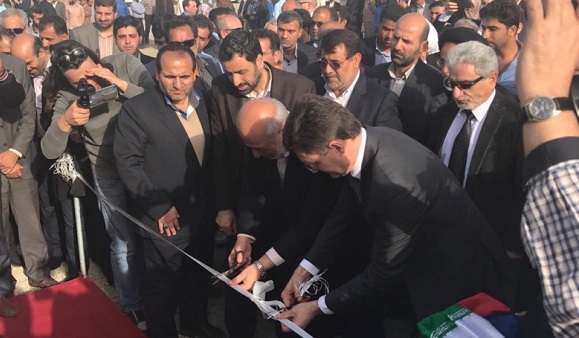 On the sidelines of the ceremony, the Russian minister Alexander Novak mentioned Iran-Russia positive economic relations saying: Trade turnover was $2.2 billion in 2016; it grew by nearly $1 billion, by 70 %.

Technopromexport has a long history of cooperating with Iran’s energy sector.

Power Grids
314
314
In 2019, the Russian NPPs set a new record in terms of electric power output
Advertising at neftegaz.ru