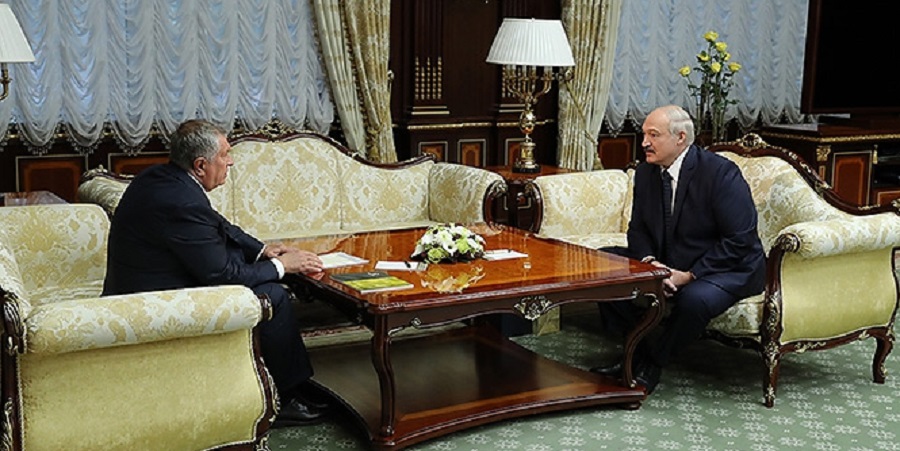 Lukashenko thanked the head of Rosneft for the visit and said that he would like to discuss the situation with the head of the largest supplier of raw materials to domestic refineries. According to the Belarusian President, last year Rosneft supplied half of the oil needed by  the country’s refineries.


Aleksandr Lukashenko said: “Thank you for coming. There is nothing to hide – I wanted to discuss the oil situation evolving in Belarus-Russia relations with the head of the largest oil-extracting public company. I know you are aware of the situation but it would be wrong not to even consult with you about individual matters, about how we can work from now on, including with Rosneft. Because last year Rosneft supplied Belarus with nothing less than half of the oil we bought in Russia and processed here, in Belarus.”

“I would like full clarity. I think since you and I have known each other for a long time, you will be able to give some hints and we will be able to come to terms on our future cooperation,” Aleksandr Lukashenko added.


In addition, Rosneft is one of the largest investors in the Belarusian economy: the company owns 36 gas stations in the country, 5 oil depots, and a 21 % stake in the Mozyr oil refinery.

Politics
218
218
N.Pashinyan says it is not the best time to discuss gas price