United States hopes to supply gas to Belarus via Lithuania 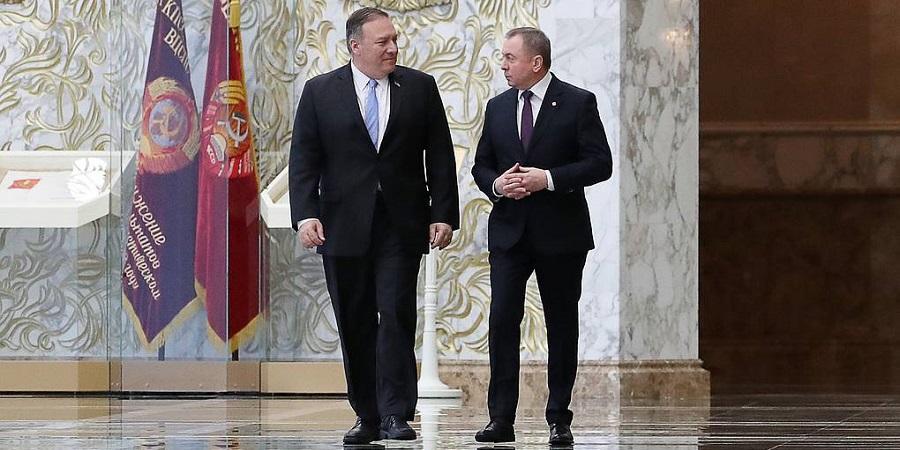 Minsk, February 12 - Neftegaz.RU. The United States hopes to supply gas to Belarus via the Klaipeda-based LNG terminal, U.S. Ambassador to Lithuania Robert Gilchrist said in an interview with the BNS, Belarusian Belta reported.

"I would love nothing more than to see American-sourced LNG go through Klaipeda and come to the Lithuanian market, or perhaps to Belarus as well," the U.S. ambassador said. He noted he discussed the issue in Washington with representatives of the U.S. Department of State and also plans to discuss it during meetings with the Lithuanian government.

Asked by BNS whether specific negotiations on gas supplies to Belarus were underway, the U.S. ambassador said the idea was rather new, adding that there's hope to achieve the result.

"I think there is certainly hope for that. The Secretary of State Michael Pompeo just traveled there a week and a half ago. So I think it's all still fairly fresh but this has already been something that I know the US is interested in and that will be a part of conversations that I have as I go around the government in coming days," the diplomat noted.

Lithuanian Energy Minister Zygimantas Vaiciunas said that Belarus could buy gas via the Klaipeda terminal and then make use of the swap scheme. "Lithuania has expressed its position numerous times that it's ready to help Belarus diversify its energy sources," the minister said.

According ot the minister, even more opportunities for gas imports to Belarus will open up in early 2022 when the Lithuanian-Polish gas interconnection GIPL comes online. "It will be one more alternative gas path for Belarus it could use to reduce its energy dependence on Russia. All the more so that once the Baltic markets connect with the European market, there will be more possibilities to attract bigger gas suppliers, which should increase competition and bring better gas prices," Zygimantas Vaiciunas said.

U.S. Secretary of State Michael Pompeo visited Belarus on 1 February. After the talks with Belarusian President Aleksandr Lukashenko, he said that the U.S. stand ready to deliver 100% of the oil Belarus needs at competitive prices.