Belarus to make payments for Russian gas this week 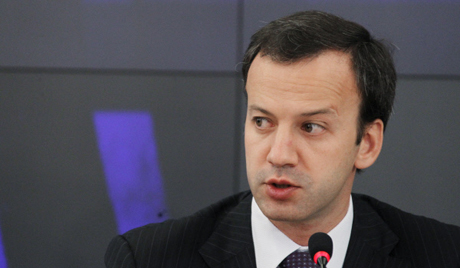 «Current payments set out in the contract will be made in full this week, meaning there will not be new debts,» Dvorkovich said at a meeting with deputy prime ministers.

He estimates that Minsk owes Moscow more than $300 million and should be repaid by October 20, 2016.

Belarus and Russia need to agree on equal conditions for economic operators, according BelTa said Belarus President Alexander Lukashenko as he heard out a report on the agreements with Russia regarding the energy supplies on 10 October.

«We do not demand anything extraordinary from the Russian Federation. We want our economic operators and our people to be in equal conditions in the Union State of Belarus and Russia in accordance with the Union State Treaty. This is the only thing that we demand. This will be the main issue in my talks with President Putin. I am not going to raise any issues regarding the accounting. This is what will be in the spotlight,» Alexander Lukashenko noted.

Russia will restore the previous volume of oil deliveries to Belarus, and Belarus will annul a decision to raise the oil transit tariff. The relevant agreement was reached between the parties, Deputy Prime Minister Vladimir Semashko told the media, BelTA cited

As a reference, since the beginning of the year, Belarus has been negotiating with Russia reduction of gas prices. At the same time, since July, Russia has decreased its oil supplies nearly threefold in response to underpayment for delivered natural gas.

Politics
628
628
Mike Pompeo: We are building a coalition against Nord Stream 2