Putin says energy is a priority for Russian-Chinese relations

The main focus of economic cooperation between Russia and China is on energy-related matters, Putin said. 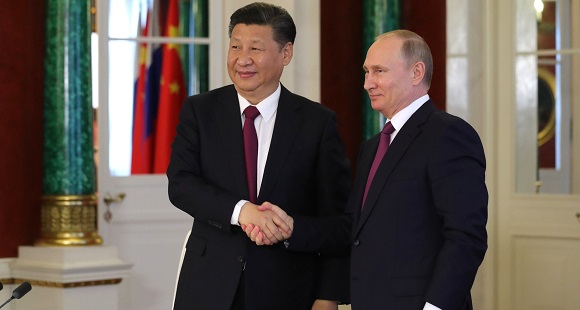 The main focus of economic cooperation between Russia and China is on energy-related matters, Russian President Vladimir Putin said on July 4 , 2017.

Russia is a top oil exporter to China, the 2nd-largest economy in the world behind the US, and is tapping deeper into the market for natural gas.

«Our priority area of cooperation is energy,» Putin said in a statement.

Putin said his government would capitalize on that momentum by building stronger natural gas links to China.

China, meanwhile, holds a minority stake in a LNG facility on the Yamal Peninsula alongside Total and Novatek, the largest private natural gas company in Russia.

The project has the capacity to produce about 16.5 million tons of natural gas and exports could target consumers in the Far East.

«Construction of the Yamal LNG production facility is in the final stages,» Putin said.

China's president made only vague references to energy in his public statements, but stressed both leaders would take a message of globalization to a summit for members of the Group of 20 later this week in Hamburg.

Donald Trump is expected to discuss the role of LNG sourced from U.S. shale basins as a strategic asset in Eastern Europe.

Poland, which relies almost exclusively on Russia for its natural gas supplies, received its 1st-ever shipment of LNG from the US last month.

Russia meets about a quarter of total European demand for natural gas and Trump's agenda could be clouded by ongoing investigations into administrative ties to the Kremlin and Russia's alleged role in the U.S. presidential election in 2016.