Eni has suspended its drilling in an offshore project in the Black Sea. 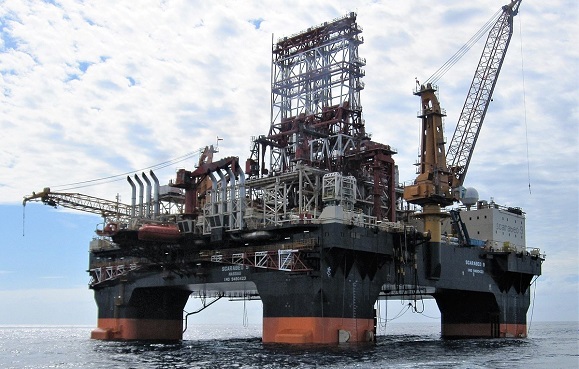 Eni has suspended its drilling in an offshore project in the Black Sea over sanctions imposed by the US, Reuters reported on January 24, 2018.

It relates to a project led by Rosneft, an oil company majority owned by the government of Russia. The chairwoman of the Italian oil and gas group confirmed the move at the World Economic forum in Davos.

Speaking to the news agency on January 23, Emma Marcegaglia said: «We asked authorisation to the U.S. and so we obtained the authorisation from the U.S. so we started to drill this well, but then now we have to stop because… sanctions are hitting this.»

Emma Marcegaglia said on January24, in a clarification to earlier remarks, that drilling in the Black Sea in a Rosneft-led offshore project continues as planned.

«I would like to clarify that the exploration well in the Black sea is being drilled as planned», she said.

Rosneft said the drilling at the Black Sea offshore project was continuing.

«There are no reasons to stop the work at the well, said Rosneft´s spokesman Mikhail Leontyev.

The Black Sea blocks are a top priority for Rosneft’s southern offshore exploration business, but these blocks are challenging because of the depths at which drilling needs to be done, and which reach 2.2 km, or over 7,200 feet.

What’s more, the water in the Black Sea has a high concentration of hydrogen sulphide, which requires specially treated equipment that can resist this chemical makeup.

In its Black Sea projects, Rosneft has partnered with Exxon Mobil and Eni, but only the latter has been able to continue working with Rosneft amid the flurry of sanctions imposed on Russia by both the US and the EU.