Lukashenko and Putin talked briefly about prices for energy resources.

Alexander Lukashenko made it clear it is necessary to continue removing barriers, exemptions and restrictions, which stand in the way of a fully operational common market of the Eurasian Economic Union. Among other things he remarked that the lack of accord on principles of forming the main oil and gas market slows down the union's progress in this matter. «The resolution of this key issue will allow us to get down to work in other areas, too,» he stressed.

Lukashenko spoke about equality and equal rights in the EEU. The president said the price Belarus pays for Russian gas is heavily skewed. Gazprom charges nearly $3 per 1,000m3 per 100km for transporting gas from Yamal-Nenets Autonomous District all the way to the Belarusian border while the internal Russian tariff is about $1.

Due to these circumstances natural gas at the border with Russia's Smolensk Oblast is priced at nearly $130 per 1,000m3 while the wholesale price for consumers in Smolensk Oblast is $70 or nearly half of what Belarus pays. «A simple question: how are we supposed to compete in this situation?» wondered the Belarus president. 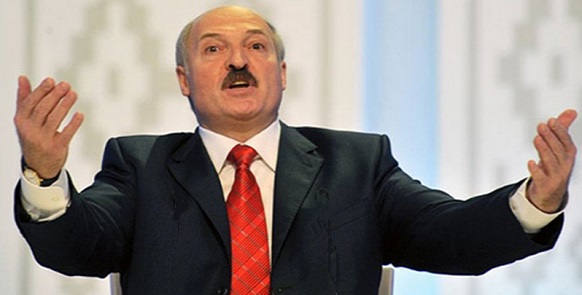 After Alexander Lukashenko finished talking Vladimir Putin took the floor once again. «After reporters leave us, we are going to discuss things. I cannot but say a few words about natural gas prices. We've worked out an action plan for the period till 2025 when we are supposed to agree the common markets of oil, oil products, and natural gas. As for today's situation, the ultimate price for natural gas is important, not the [transportation] tariff. You are right. We should certainly think about it,» said Putin.

Speaking about natural gas prices, Putin decided to compare Belarus with Germany. In his words, today Belarus pays $129 per 1,000m3 of Russian gas and will pay $127 next year. Meanwhile, Germany pays $250. While the domestic price for gas in Russia is even lower, Vladimir Putin described the state of affairs as a major advantage for our allies.

At the same time he agreed that the sides should strive for full unification. «But we need time for it. We need a different level of integration of our countries. It is a matter of negotiations,» said the Russian leader.

Alexander Lukashenko responded by saying: «You are right... But, unfortunately or fortunately, our key partner is not Germany but Russia. And our main partners and competitors are Russians.» Lukashenko reminded that the share of Russian components is large in Belarusian products like tractors or trucks. «Because Russia is our key partner, not Germany. And we need equal conditions primarily between the brotherly nations of Russia and Belarus. That is the question,» he stressed.

Speaking about advantages for partners, Putin noted that Belarus is not supposed to have the level of natural gas prices that Germany has. «If Belarus didn't enjoy advantages of integration, if the price was determined by the market, the price would be $200 instead of $129 and $127,» believes the Russian president.

The Belarusian head of state pointed out that Russian gas has to go a long way to reach Germany. «This is why they pay such a price,» said Alexander Lukashenko. Vladimir Putin wanted to conclude the discussion in front of the media: «Let's talk about it later behind closed doors. But you are absolutely right that we need to put together a plan to reach the common market. We agree with that. And we are going to make it happen.»

Politics
605
605
Mike Pompeo: We are building a coalition against Nord Stream 2

Politics
471
471
Zelensky calls on Kurz to look at Nord Stream 2 project from Ukrainian side
Advertising at neftegaz.ru