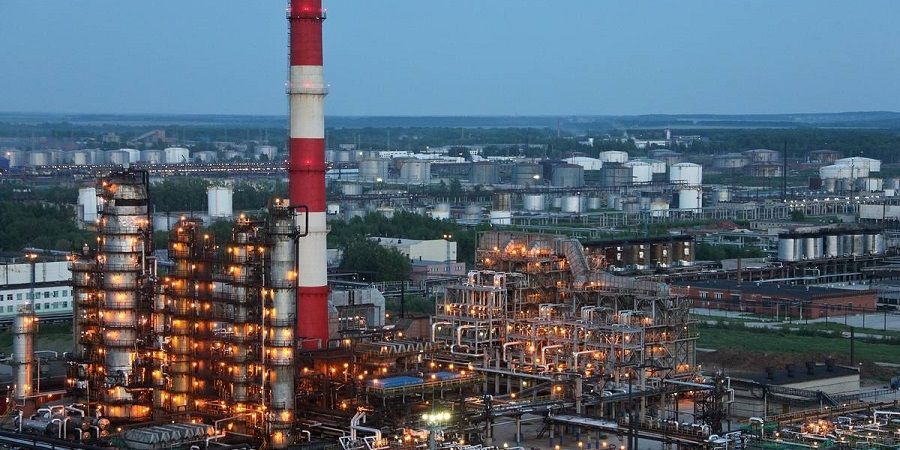 Ryazan, November 5 - Neftegaz.RU. Ryazan Oil Refining Company, an enterprise of Rosneft, has celebrated 60 years of its operation. In October 1960, the 1st batch of motor gasoline was produced at the crude distillation unit. Over 60 years of operation, the refinery has processed more than 773 million tonnes of oil and produced more than 665 million tonnes of various motor fuels.

Today Ryazan Oil Refining Company is one of Russia’s leaders in refining. In terms of refining volumes and product range, the enterprise is ranked among the five largest refineries in Russia.

All of the motor fuel produced by the enterprise meets the highest environmental standard. Ryazan Oil Refining Company was the 1st in Russia to master the production of the green Euro 6 fuel and the high-end RON-100 fuel.

The expansion of the Ryazan Oil Refining Company involves increasing the conversion rate, the yield of light petroleum products and high-quality green motor fuels, as well as reducing the environmental impact of the operation.

As part of Rosneft 2022 Strategy, Ryazan Oil Refining Company is implementing the Digital Plant project designed to automate the business process management and centralise control. Currently, the refinery is accredited for 5 international standards.

Rosneft’s operating innovative development programme is aimed at the replacement of imported technologies in high-quality oil products production. One of the programme’s main objectives is to shift the company’s refineries to the use of in-house catalysts, thus avoiding risks of dependence on foreign products. At present, 4 of the plant’s units are already operating using Russian catalysts.