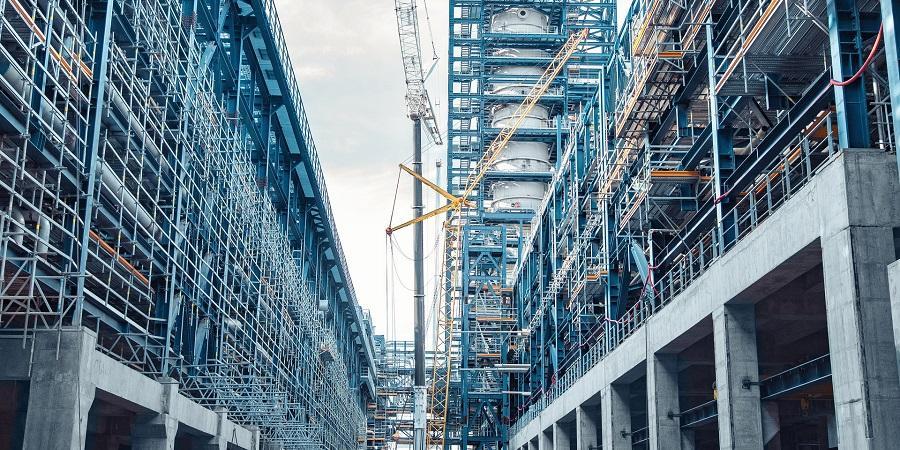 Omsk, February 11 - Neftegaz.RU.Installation of technological capital equipment at the construction site for a new primary crude refining complex at the Gazprom Neft Omsk Refinery is now complete. This project is one of the key initiatives being undertaken as part of the 2nd phase of the Omsk Refinery development programme being undertaken by Gazprom Neft since 2008.

Construction of the complex is also part of the master plan for the federal “Clean Air” project, part of the national “Ecology” project. Following the commissioning of the new complex, overall environmental impacts arising from production are due to see a further reduction as a result of 6 obsolete units being decommissioned.

Construction of the primary crude refining complex which will have a production capacity of 8.4 million tonnes of oil per year, is expected to be complete by 2021. Total investment in the project is expected to exceed RUB 50 billion.

The atmospheric- and vacuum-oil-refining columns installed, which have a total weight of 1,200 tonnes, were produced by domestic manufacturers Volgogradneftemash and AEM-technology. Both installations facilitate the separation of oil into fractions for the subsequent production of oil products.

Construction of all foundations and reinforced concrete structures has been completed thus far, with work undertaken for underground services and utilities to be installed at the site. Installation of pipelines and automated control systems remains ongoing.

«This new primary crude refining facility is set to become the most cutting-edge complex of its kind in Russia. A number of breakthrough environmental solutions have been applied on this project — including in the ongoing monitoring of environmental impacts. The ‘closed-loop’ system envisaged for equipment drainage on this project will allow recoverable oil products to be sent for recycling», said Oleg Belyavsky, CEO of the Gazprom Neft Omsk Refinery.

217
Rosneft Deutschland increases sales of alfabit by 37.5% in 2019
Advertising at neftegaz.ru