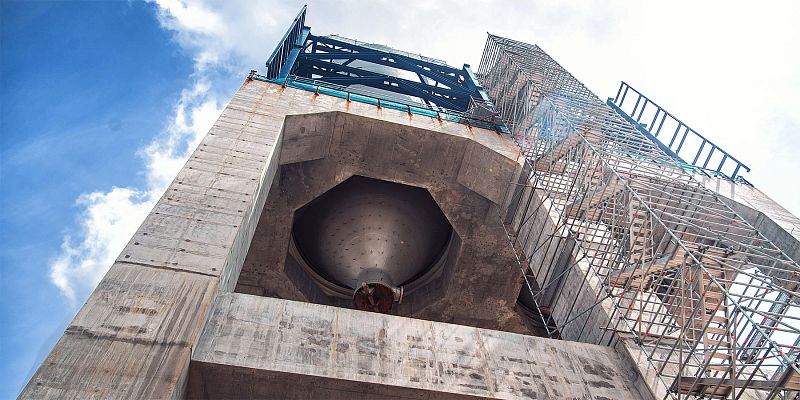 The new facility is expected to be commissioned in 2021, and forms part of the major modernisation of the Omsk Refinery being undertaken by Gazprom Neft since 2008.

Investment in this project stands at RUB 50 billion, and forms part of a programme involving the construction and reconstruction of new and existing facilities to develop coke production at the Omsk Refinery. The development of the new coking unit will reduce environmental impacts and improve efficiency in oil refining.

The new delayed coking unit is designed to facilitate the full processing of heavy oil factions, as a result of which the Omsk Refinery will increase oil and diesel production from each tonne of oil refined.

Cutting-edge technology will also make it possible to increase production of high-quality petroleum coke — a raw material used in the aluminium industry. Together with other projects forming the 2nd phase of the Omsk Refinery’s modernisation this future complex will increase conversion rate to 97 %, while increasing the light-product yield to 80 %.

“The Omsk Refinery’s development programme is not just making it possible to improve operational efficiency in production, but also making it possible to put in place the very latest environmental protection techniques. The new delayed coking complex is a vivid example of production growth going hand-in-hand with reducing environmental impacts”, said Oleg Belyavsky, Gen. Director of the Omsk Refinery.