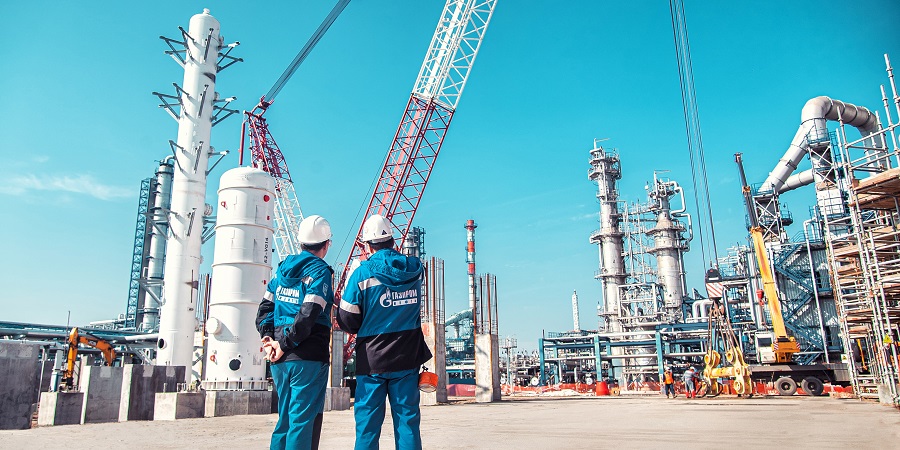 Omsk, July 2 - Neftegaz.RU. Gazprom Neft has now completed the installation of key catalyst reforming equipment at its Omsk Refinery. The modernisation of the existing facility will facilitate a 1.5-fold increase in the production of high-octane gasoline components.


Investment in the project stands at RUB 9.7 billion, with work being undertaken as part of the Omsk Refinery’s modernisation, under implementation by Gazprom Neft since 2008. A hydrotreatment reactor is the largest piece of equipment being installed as part of the project to modernise the L-35/11-600 catalytic reforming facility.


This equipment - produced by specialists at Volgogradneftemash, standing at a height of approximately 47 m, and weighing more than 200 tonnes - will facilitate the purification of raw materials and increase production of high-quality Euro-5 fuels. The full modernisation of all facilities is expected to involve the installation of 12 pieces of large-scale equipment, all of it from Russian producers.

Oleg Belyavsky, Gen. Director of the Gazprom Neft Omsk Refinery, commented: “In the process of modernising its production capacity the Omsk Refinery is also acting as a driver in strengthening related industries, in the long term. In collaborating with domestic developers the business is making an order that will further develop the machine-building industry. The modernisation of the catalytic reforming facility is being undertaken with the use of cutting-edge domestic developments, which will further strengthen the Omsk Refinery’s position as a leader in the domestic refining industry.”


Gazprom Neft is currently involved in a full-scale modernisation programme at its Omsk refinery, involving cumulative investment of more than RUB 300 billion.