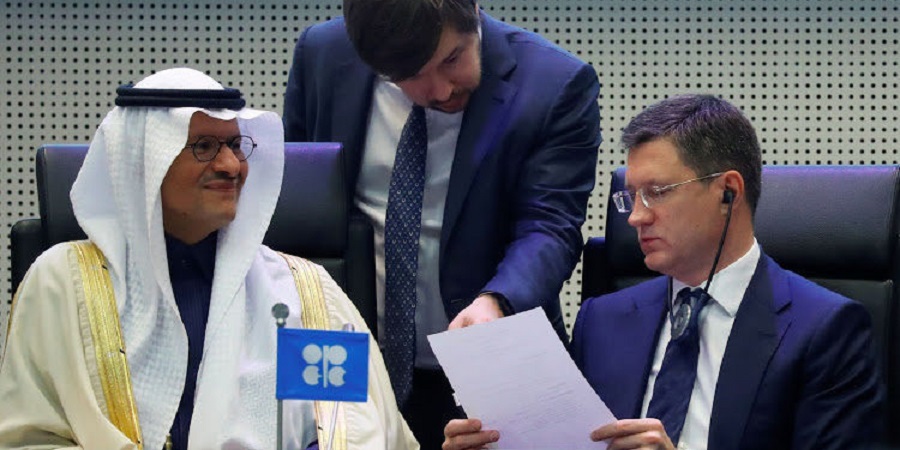 Riyadh, May 14 - Neftegaz.RU. Saudi Arabia and Russia vowed in a joint statement on Wednesday their commitment to oil market stability. The statement was released following a phone call between Saudi Energy Minister Abdulaziz bin Salman and his Russian counterpart Alexander Novak, in which they reviewed oil market developments.

“We are also pleased with the recent signs of improvements in economic and market indicators, especially the growth in oil demand and the ease in concerns about storage limits as various countries around the globe begin to emerge from their stringent lockdowns,” Abdulaziz bin Salman and Novak said in a joint statement.


The statement highlighted the firm commitment of the 2 states to achieving the goal of market stability and expediting the rebalancing of the oil market.

“Our 2 nations remain firmly committed to achieving the goal of market stability and expediting the re-balancing of the oil market,” they said in the statement. “We are confident that our partners within OPEC+ are fully aligned with our goals.”, hailing producers around the world who have willingly adjusted their production.

The statement noted signs of improvements in economic and market indicators, including oil demand growth. The Russian official welcomed the additional voluntary production cuts made by Saudi Arabia and the steps United Arab Emirates and Kuwait took to support Saudi efforts.

Middle East and OPEC
589
589
OPEC: Global oil demand will keep rising until around 2040