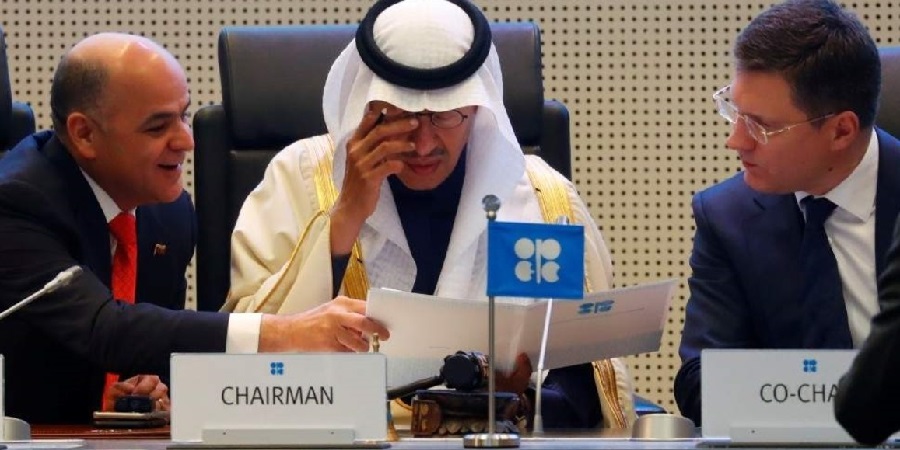 The statement followed comments from US President Donald Trump, who earlier in the day tweeted that he had spoken with Saudi Crown Prince Mohammed bin Salman, who had in turn called Russian President Vladimir Putin to heal their oil market rift.

Trump said he expects a production cut agreement of 10 million b/d to 15 million b/d. Trump is expected to meet with US oil industry leaders on Friday to discuss steps the government can take to help the sector.

The market has been glutted with crude as Saudi Arabia and Russia have yet to back off their plans to expand market share despite the drop in demand, which has tumbled as coronavirus spread has slashed consumption of transportation fuels.

However, some were skeptical about the possibility of those production cuts materializing in time to prevent a further price collapse.

An immediate reduction of 10 million b/d is required to "prevent inventories globally from reaching tank tops," said Ed Morse, Citi Group's global head of commodities research. "That is based on a demand drop globally of nearly [16 million b/d] for all of 2Q, but peaking at [18.5 million b/d] over the coming 8 weeks," he said.

Earlier in the day, Russian energy minister Alexander Novak said a coordinated OPEC+ production cut would not be enough to compensate for the fall in demand caused by the coronavirus pandemic, which he said could reach 20 million b/d.

Oil producers have already started to cut 2020 spending and operations, primarily in the US. The US oil and gas rig count fell 45 this week to 721, rig data provider Enverus said Thursday. That followed an even steeper plunge of 47 last week. But it will take some time for those cuts to be seen in output.

In the meantime, with travel restrictions still in place, crude demand is expected to remain low as refiners cut operations because of depressed margins.