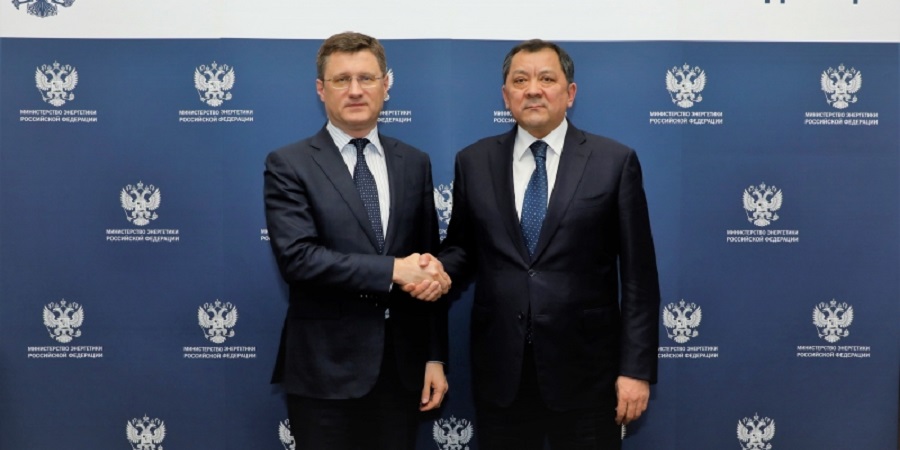 The OPEC, non-OPEC advisory committee recommended last week cutting production by 600,000 b/d in the second quarter in addition to the existing 1.7 million b/d cut shared by OPEC, Russia and nine other non-OPEC countries.

"At the moment, Kazakhstan and Russia are at the stage of discussing their positions. We understand that high oil prices are good, but we also must take into account interests of companies that hold resources," Nogaev told journalists after meeting Russian energy minister Alexander Novak for the first time since being appointed in late December.

Nogaev said he would work out with Russia "a joint position" on the proposal, which would see Kazakh output cut an additional 20,000 b/d. The two countries have in principle agreed on key issues regarding the proposal, he said.

"In principle, we have aligned key issues with Mr. Novak on OPEC+. That we should first take into account interests of our companies and make a decision that will benefit both companies, our countries and OPEC," the minister said.

Novak, in his turn, noted the constructive nature of the Russian-Kazakh energy partnership, as well as "a mutually beneficial partnership between the two countries, including in the field of oil and gas transportation", according to a statement from the Russian energy ministry after the meeting.

"There is no final decision yet, but we will align our position because Kazakhstan and Russia are strategic partners with common interests and we will continue our cooperation," Nogaev said.

OPEC and its non-OPEC partners are yet to set a date for their next meeting. The ministerial conference was set to be held March 5-6 in Vienna, but OPEC+ has been considering moving the meeting date forward to agree on additional cuts.


"Taking into account the current situation in the world, there was an interest in scheduling the meeting for late February. It is still not agreed. There is no decision," the Kazakh official said.

292
Oil prices collapse 8% as Novak tells OPEC+ to pump at will
Advertising at neftegaz.ru