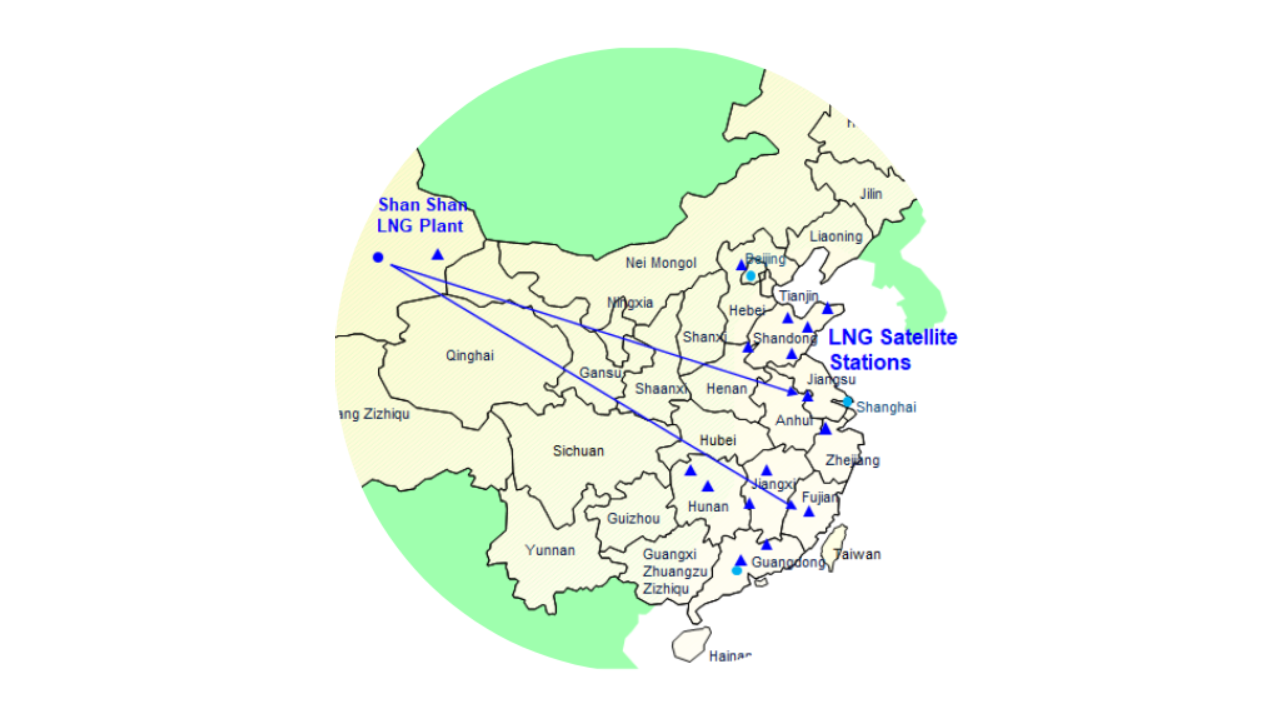 The mid-sized LNG Terminal, with a tank of 30,000 m³ storage capacity, was built in Shan Shan, Xin Jiang Province in the North-West of China.

With 10 ISO container loading stations for truck- and railway transportation the terminal is still able to serve satellite stations with 1,1 tons of Liquefied Natural Gas per day (tpd) or 0.4 million metric tons per annum (mtpa).

This plant has been operating continuously for 18 years without any stop – which was probably one of the reasons why TGE contracted another 3 similar terminals with the same customer!

Even nowadays the projects serve as a good example for the so-called virtual LNG onshore pipeline solution. The gas from this terminal is distributed to several Satellite Stations with an average transportation distance of 3430 km.

This kind of distribution offers a high flexibility to match fluctuating or peak demand and we are proud to say, that we are in the position to fulfill the whole LNG value chain, including the LNG Fueling Cylinder System and Fueling Station for Heavy Duty Road Vehicles.