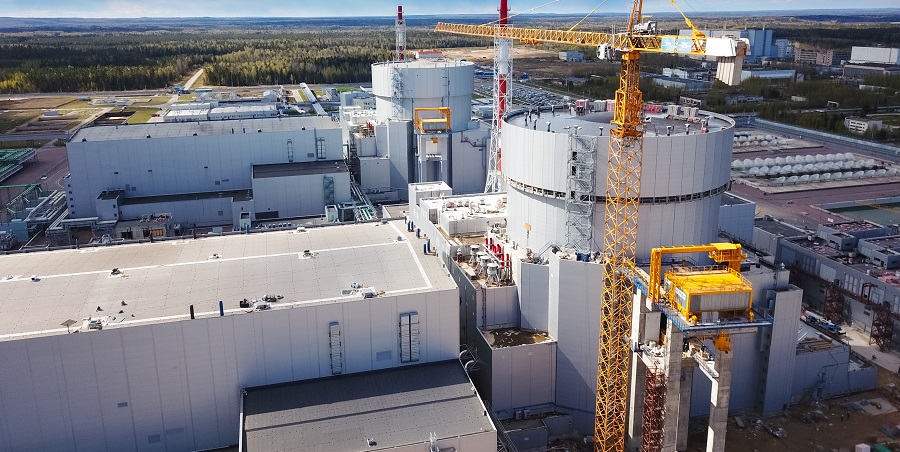 Leningrad region, October 21 - Neftegaz.RU. A test turbine launch took place at NPU № 6 with a VVER-1200 reactor (a water-water energetic reactor) at the Leningrad NPP (a branch of ROSATOM, part of its power division).

The experts performed a dry run of the turbine and increased the number of revolutions, in a phased approach, to the designed value of 3000 revolutions per minute. This can be compared to the speed of rotation of an aircraft propeller.

“Turbine launch is one of the key operations in preparing an NPU for power production,” – the chief engineer of Leningrad NPP-2 Aleksandr Belyaev notes. – “The 1st ‘push’ of the turbine was made at 30% reactor capacity. The turbine and the reactor work together for the first time. We have no remarks concerning the functioning of the hardware: everything works in accordance with the designed mechanical and heat parameters, which allows us to enter the trial program of dry-running the turbine”.

It should be reminded that the incremental commissioning of the 6th NPU at the Leningrad NPP was started on July 19, 2020, when the 1st fuel assembly with a fresh nuclear fuel was loaded into the nuclear vessel during the physical launch of the reactor. Presently, an incremental raise of capacity to 35-40% is performed.

A series of tests is planned to be launched in the near future to test the equipment and the technological system. These tests have been designed by the program of commissioning of the NPU. After the test period is over, the unit will be connected to the network and will produce its first kWh for the Russian power grid.

The NPU № 6 is set to be fully put into operation by 2021. The new NPU will replace its “older brother” at the LNPP, the second NPU with its RBMK-1000 reactor (a high-power channel-type reactor) after its 45 years of operation.

Advertising at neftegaz.ru
Latest news
Nuclear power
130
130
ROSATOM and Congo will devel workforce capacity and make efforts to create a positive public opinion on nuclear energy
Oil and gas worldwide
130
130
Gasification in Kazakhstan to reach 53 % this year
Companies
195
195
Gazprom´s Board of Directors discusses impacts of 2020’s events on prospects of shale gas and LNG sectors
Transportation and storage
181
181
Novatek completes 1st ship-to-ship LNG transshipment in the Murmansk region
Russia
192
192
Gazprom planning to bring gas to some 3,500 rural communities by 2026