1st elements of reactor building safety system for unit No.7 of Tianwan NPP have been delivered to China 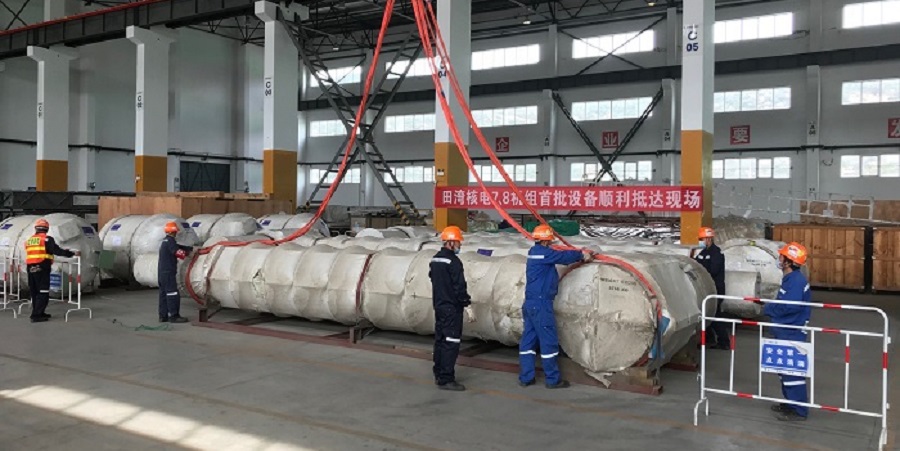 Beijing, October 19 - Neftegaz.RU. On October 19, 2020 first elements of reactor building safety system for unit No.7 of Tianwan NPP being constructed under VVER-1200 Russian project were delivered to China.

“In the beginning of October the first batch of equipment - 4 sets of the sump tank penetrations - arrived at the Tianwan NPS construction site. Currently, the project works on the NPS new units, including preparation of the documentation, construction site and supply of equipment are carried out right on schedule, and even ahead thereof”, Aleksey Bannik, the Vice-President for projects in China of ASE EC informed.

The sets of penetration that left the territory of Russia in the beginning of September passed over 8.5K railway kilometers. Totally, the process of transportation and customs clearance operations took a bit more than one month.

On 7 March, 2019 a solemn ceremony of signing the General Contract for construction of power units No.7 and No.8 of Tianwan NPP was held in Beijing.

The documents were signed by representatives of ASE EC and CNNC Corporation enterprises (China). In accordance with the contract, the Russian party will design the nuclear island of the station, as well as supply the main equipment of the nuclear island for both units.