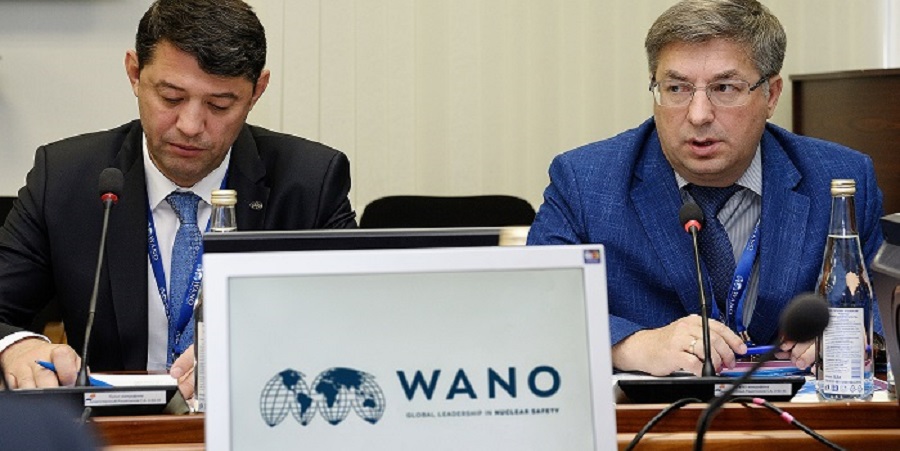 London, October 30 - Neftegaz.RU. The Chief Inspector at the Rosenergoatom (a part of the Electric power division of ROSATOM), Nikolay Sorokin, becomes the new president of the World Association of Nuclear Operators (WANO).

The new president of the WANO was elected at the extraordinary general meeting convened as a part of the 15th General Assembly in United Kingdom. The meeting participants have voted for Sorokin, the deputy CEO and the Chief Inspector at the Rosenergoatom, who will replace the incumbent WANO President, Simone Rossi, the CEO of EDF Energy.


Vladimir Povarov received this high award for his great participation in improving the operational safety and achievements in the sustainable development of the atomic generation. His contribution to safe construction and launching new 3++ VVER-1200 power blocks was noted, too.

Victor Ignatov has dedicated over 40 years of his life to the nuclear power industry. ‘It is a great honour to me and the whole team at the Kalinin NPP to receive such a great accolade acknowledging our work and strive towards safe and reliable NPP operation. This is a strong motivation to move forward with the nuclear power enhancements’, he added.