JPMorgan has reopened an underground gold vault in New York that was mothballed in the 1990s, in the latest sign of the soaring appetite for bullion. 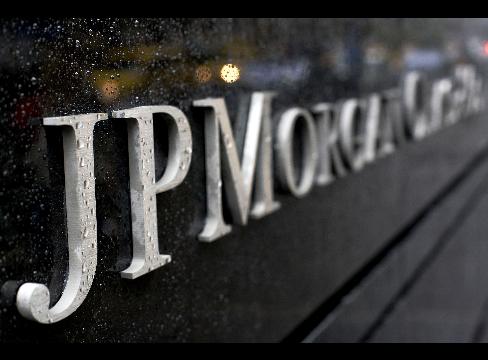 Investors are piling money into gold in record quantities, pushing the price on Friday to a record nominal high of more than $1,320 a troy ounce. That has made the vaulting business highly lucrative, since banks often charge a small percentage of the value of the gold stored.

Many commercial banks dismantled their vaults in the 1980s and 1990s. But now they are rushing to build: JP Morgan recently built a vault in Singapore, while Deutsche Bank and Barclays Capital are considering opening new vaults in London.

The demand for storage comes as investors are buying physical gold rather than investing in precious metals futures or mining equities. Private investors hold about 30,000 tonnes of gold, according to the consultancy GFMS – more than a sixth of the world’s gold and, for the first time in modern history, more than central banks.

The vault reopened by JPMorgan last month joins a handful of others in Manhattan, including those owned by HSBC and the Bank of Nova Scotia, and the largest gold depository, the Federal Reserve Bank of New York’s facility, which holds reserves from 36 countries.

The surge in demand for physical gold has been underpinned by the emergence of exchange-traded funds that are backed by bullion. JPMorgan keeps the gold of BlackRock’s iShares Gold Trust, which holds almost 100 tonnes of bullion, worth $4.2bn. “There is growing interest from ETFs and other fund institutions as well as from corporates and high net worth individuals to store precious metals,” said Peter Smith, head of JPMorgan’s vaulting service.

Many historic vaults cannot be reopened as they have been converted into restaurants: one New York vault built in 1902 for John Pierpont Morgan is now home to a steakhouse.