The euro extended its losses on Tuesday on renewed concerns about high sovereign debt in the euro zone, providing further respite for the dollar and prompting some profit-taking in stocks 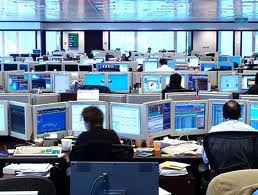 European shares were flat at the open, subdued by losses on Wall Street and Asia as investors focused on a batch of European corporate results due later in the day.

Gold added to a record breaking run, hitting a new high above $1,400 an ounce as investors sought safe havens in the face of a number of uncertainties, including the euro-area debt concerns and this week's G20 leaders' summit.

The euro, trading down 0.2 percent at $1.3866 by 0735 GMT (2:35 a.m. ET), has dropped 3 percent against the dollar from a 9-½ month high set last week and against the yen has slipped to a one-week low, although some forecast limited downside. "We've probably seen a short-term top in the euro," said Grant Turley, strategist at ANZ in Sydney, adding it was a mild corrective move and unlikely to worsen unless concerns over the euro zone's sovereign debt intensify.

Ireland is the latest country to rattle the single currency, with Irish borrowing costs extending a month-long climb on worries about a political impasse in Dublin ahead of a budget vote.

The yield on Irish 10-year bonds hit 8 percent for the first time on Monday.

One argued it was an effective way to offset deflation risks and another warned it might need to be curbed to head-off inflationary pressures.

Another uncertainty for markets is a G20 leaders' meeting this week in South Korea, where currency tensions loom large as reflected in criticism of the Fed's monetary easing.

"The market is also going to be wary ahead of G20 but I think they'll struggle to come up with any substantive plan," ANZ's Turley said.

The benchmark Nikkei average .N225 closed down 0.4 percent after it had risen more than 6 percent in the past four sessions and to a three-month high on Monday.

"It's about time to take profits as the Nikkei has rapidly climbed above 9,700, which is the upper end of its recent range, so the market became cautious about buying further," said Tomomi Yamashita, a fund manager at Shinkin Asset Management.

Since September, when investors began to price in that the Fed's efforts to print more cash would lead to more capital inflows into fast-growing Asia, the index has outperformed the MSCI world benchmark .MIWD00000PUS, with gains of 21 percent versus 18 percent.

In market news, a source told Reuters that the founder of China's largest e-commerce company Alibaba Group had been approached by private equity investors to gauge his interest in taking part in a bid for Yahoo Inc.

The G20 summit has been pitched as a chance for leaders of the world's advanced and developing economies to stop a currency row from spiraling into trade-damaging protectionism, but there is little sign of consensus.

That is leading investors to seek out safe haven investments.

Spot silver hit a fresh 30-year high for a fourth straight session, exceeding $28 per ounce, though support for the dollar weighed on broader commodity markets.