Gold rebounded on Monday after an early drop spurred buying from jewellers in Asia, but further gains could be limited by a rally in the U.S. dollar amid persistent euro zone debt concerns 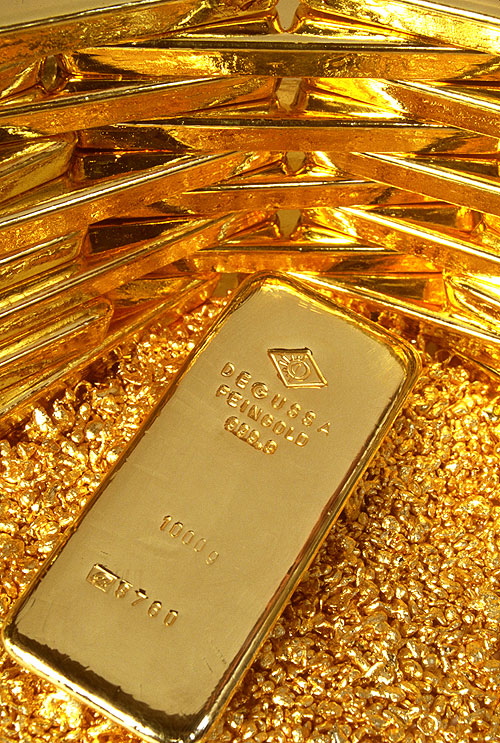 Investors also closely watched an escalating tension in the Korean peninsula, although dealers said there were no signs of buying related to the crisis sparked by North Korea's artillery attack on a South Korean island.

According to a Reuters market analyst, Wang Tao, spot gold may extend its fall towards $1,329.45 per ounce as a big downward wave "C" is progressing.

"For today, I would look at support for gold at about $1,350. However, I think if we see a breach of this level, then we could see gold retreating further," said Ong Yi Ling, investment analyst at Phillip Futures in Singapore.

"For the week ahead, I will also expect gold prices to pare some of its gains that was accumulated earlier last week. Currently the gold and the dollar is having a pretty strong
inverse relationship."

The euro slipped to its lowest in two months against the dollar as the market looked past a rescue package for Ireland to other euro zone economies and a euro zone crisis resolution
mechanism.

"The dollar is so strong, but we see buying on the physical side when trading started in Asia. That helps the market a bit. Some Chinese guys may be buying a bit," a dealer in Hong Kong said.

"I would think $1,350 is a good support for gold, but I don't think we will go down too much even if we break that level."

In other markets, the Nikkei hit a five-month closing high as the yen softened against the dollar, while oil rose past $84 after the Irish deal.