Rosneft sells it Venezuelan assets and becomes an owner of 9.6% of its share capital 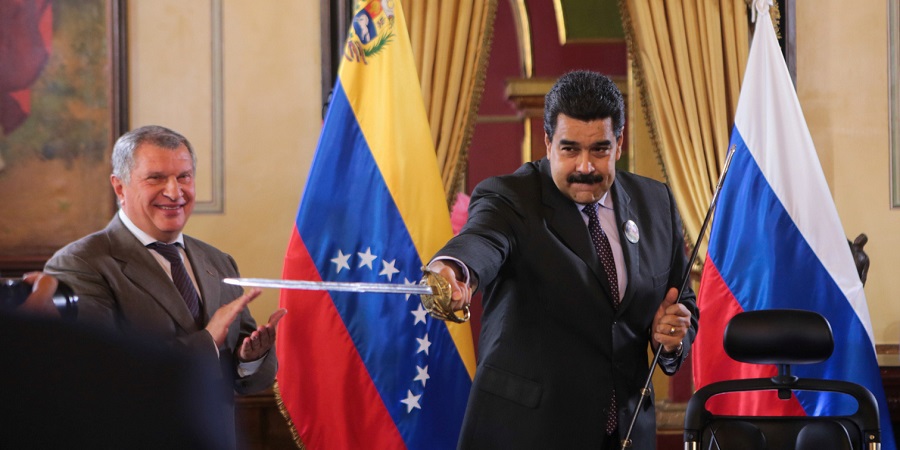 Moscow, March 30 – Neftegaz.RU. The Russian state-controlled oil company Rosneft announced the termination of its operations in Venezuela and the disposal of its assets, related to operating in Venezuela. The sale follows the imposition of US sanctions on 2 Rosneft trading subsidiaries - Rosneft Trading and TNK Trading International - over their activities in Venezuela.

Rosneft concluded an agreement with the company 100% owned by the Russian Government, to sell all of its interest and cease participation in its Venezuelan businesses, including joint ventures of Petromonagas, Petroperija, Boqueron, Petromiranda and Petrovictoria, as well as oil-field services companies, commercial and trading operations.

As a result of the concluded agreement all assets and trading operations of Rosneft in Venezuela and/or connected with Venezuela will be disposed of, terminated or liquidated.


The concluded transaction and the sale of assets will result in Rosneft receiving as a settlement payment a 9.6% share of Rosneft’s equity capital that will be held by a 100% subsidiary of Rosneft and accounted for as treasury stock.

Rosneft spokesman Mikhail Leontiyev told Reuters the decision to terminate operations in Venezuela was meant to protect the company's shareholders."We defended the interests of our shareholders and did it in an effective way," he said. "And to whom the risks go is not an issue for us. The main thing is that the risks are leaving us.

Incidental
224
224
Petronas denies claims of shutting down 14 rigs and projects
Advertising at neftegaz.ru