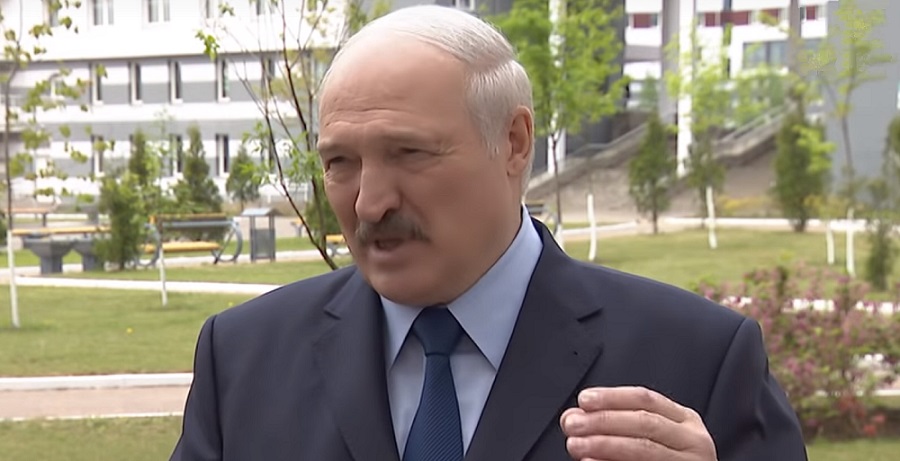 Minsk, May 13 - Neftegaz.RU. Belarus will announce the amount of damage caused by the contamination of the Druzhba oil pipeline after the inspection of the oil refineries, Belarus President Aleksandr Lukashenko said as he talked to the media, BelTA has learned.

The head of state voiced his strong disapproval of the situation. “Due to slackness and lack of discipline in Russia (with the territory stretching thousands of kilometers) the big pipe has been polluted with poisonous oil which, as specialists say, eats away at the pipe, some 4-5mm per week,” he said.

With regard to the specific amount of damage, it is yet unknown. It is clear that it is huge. “I cannot talk about the exact amount today. It will finally be known once we take stock of what happened at the Polotsk oil refinery. We are calculating the damages now,” Aleksandr Lukashenko said.

When calculating the damage several components will be taken into account. “This is a huge damage to the pipeline, the pipeline equipment (pumps at the stations and similar equipment) and the oil refineries. This is a huge damage to the country. We lost some profits, foreign exchange earnings, transit. We have lost huge amounts of money. This is hundreds of millions of dollars. Journalists often cite this amount. They are about right,” Aleksandr Lukashenko said.

Aleksandr Lukashenko recalled that on his instruction Belarus was planning to start repairing multiple sections of the Druzhba pipeline (approximately 10-12 troubled sections). However, the start of the repair works was delayed not to stop Russian oil transit.

“Ad we see now there is no more time left. But when this poisonous oil hit the pipeline system I forbade to stop the pipeline not to inflict more damage on Russia,” the president stressed. “We suspended all sorts of repairs so as not to aggravate the situation with oil supplies and transit through Belarus to Western Europe. Russia cannot completely replace this route. Some say they can deliver through Leningrad… They are welcome. But they will not be able to pump such amounts. How much will it cost? No one is saying that we will shut down the transit. We have our profits from transit too,” the head of state noted.

Aleksandr Lukashenko explained that the issue regarding the specific amount and the mechanism of compensation to Belarus for the damage over tainted oil supplies was not discussed with the Russian president. However, Vladimir Putin publicly admitted that the damage was done.

“He realizes that the damage should be compensated for. He said that these are huge losses for Russia, damage to the image. Belarus is at the center of this damage. This problem hit us the worst. He publicly admitted that it is a huge damage. How much exactly? Experts will calculate it. I think the Russians should not challenge this. We are not going to sue the Russians. I think we will sort things out,” the head of state believes.


The president stressed that Belarus is not going to capitalize on this problem or to link the issue of compensation with the tax maneuver and its implications for the country. “This has nothing to do with the tax maneuver. The problem happened. Was it caused intentionally? Let them [in Russia] deal with this. Our refineries are receiving good-quality oil already. Part of the poisonous oil was pumped out into storage facilities. Russians will take it out or we will look for some other use of this oil. This story is winding up for Belarus and, as I understand it, still continues for Europe,” Aleksandr Lukashenko said.

Incidental
463
463
Turkey kicks off new round of seismic survey in Eastern Mediterranean, ignoring objections from Greece
Advertising at neftegaz.ru